I can’t think of an actress who has epitomised class, style and magnetism more than the late, great Audrey Hepburn (1929 – 1993). The documentary Audrey charts her life’s course. 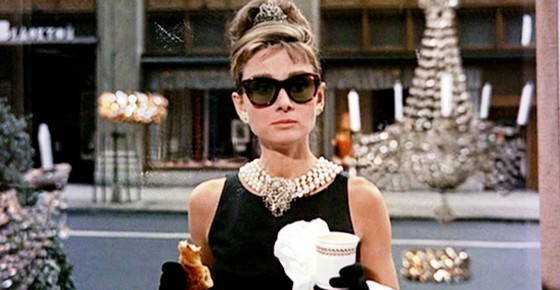 Notwithstanding remarkable and well-deserved success, there was also much pain and sadness. She was just a young girl when her parents split and war broke out. Both incidents, naturally, had a profound effect on her. Malnourished, she dreamed of becoming a prima ballerina and even though she won a scholarship to a London ballet school after the war, the stolen years robbed her of the chance to pursue that career. Instead, happenstance intervened, which saw her cast in her Academy Award winning role in Roman Holiday (1953). She was 24. Virtually overnight, her life changed. Leading roles in Sabrina (1954), Funny Face (1957), Breakfast at Tiffany’s (1961), Charade (1963) and My Fair Lady (1964) followed. A low point came when her voice was dubbed in the latter film. At the peak of her career, she forged a bond with high end fashion house Givenchy. Her love life was punctuated by two broken marriages and infidelity.

Even as movie roles were offered to her on a plate, she turned her back on Hollywood to pursue a family. Later, another chance encounter saw her become a global ambassador for UNESCO, recognising that her profile could help children in desperate need. While Hepburn lived a creative and constructive life and was adored the world over, she died prematurely from cancer at the age of 63.

We get the Audrey Hepburn story through historic interviews with her and contemporary dialogue with her eldest son and granddaughter. That is not to overlook the thoughts of those who knew and worked with her, together with their relatives. Collectively, they contribute greatly to the overall picture of a woman who was highly regarded by all. That, coupled with a great deal of footage and stills from back in the day, gives us a good understanding of a talented performer and humanitarian riddled with insecurity.

I greatly appreciated the light and shade evident throughout Audrey, the documentary. It moves along at pace. Audrey is illuminating and engaging, casting a wide net to capture Hepburn’s essence. Footage of some of her most famous roles reminds us of just how naturally gifted and photogenic she was. As shown throughout though, it was her inner beauty and strength that never faded.

Exquisitely directed by Helena Coan, Audrey is well worth seeing. It gives valuable insight into one of the greatest and arguably most enduring actors from Hollywood’s Golden Age.

Audrey is available on DVD and to rent or buy on digital platforms, including Apple TV, Google Play, Foxtel and Fetch TV.