There is something deep in the shared global psyche that draws us to stories of prodigies, particularly those who have dragged themselves up out of obscurity. Amazon recently released the Indian film Shakuntala Devi based on the true story of a women who came from poverty to become a world renowned “human calculator”. The Queen’s Gambit, based on the 1983 novel by Walter Tevis, and adapted for the screen by Allan Scott and series director Scott Frank, is completely fictional, but finds its truth in the rise and battles of the chess prodigies of the 1960s and 1970s (names like Karpov, Fischer and Spassky), and how these battles often became proxies for the Cold War. There was no female champion at that time, so Tevis imagined one. 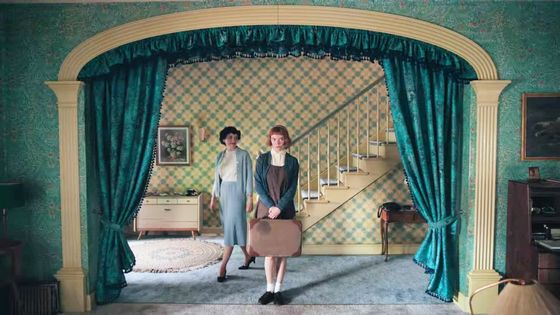 Beth Harland (at this point played by Isla Johnson) is orphaned in a car crash at eight-years-old. Her memory of the crash shows something a little suspicious about it (her mother telling her to “close her eyes”) and the full story of her early childhood and the events that led to that crash emerges slowly over the course of the series. She is sent to an orphanage, The Methuen Home for Girls and there she is not only addicted to benzodiazepine (a practice that was used to keep the girls calm and was later outlawed) but is taught to play chess by the caretaker, Mr Shaibel (Bill Camp) who quickly recognises her as a prodigy. It is only after she is adopted out as a teenager (now played by Anya Taylor-Joy) and her mother realises that the pair can make money from her chess winnings that her career really begins. The series then follows the rises and falls of her career as she slowly ascends the ladder but also battles with the demons of addiction.

On the surface, The Queens Gambit is a typical sport rags-to-riches story, complete with training montages, highs and lows and a fairly predictable through line. But it is a sport story done well. The performances anchored by Taylor-Joy’s luminous, intense presence are perfect, in particular Marielle Heller as Beth’s adopted mother Alma and Harry Melling as the hapless but eternally loyal Harry Beltic. The set design and Gabriele Binder’s magnificent costumes are at the level viewers have come to expect from premium TV drama (for those interested, The Brooklyn Museum has a free online exhibition of the costumes that also includes costumes from the most recent series of The Crown). The only aspect of the series that jars a little is the way it deals with the issue of Beth’s addiction as something she can turn on and off when the occasion demands it.

While chess is central to The Queen’s Gambit it is not actually the point. The game is used as a vehicle to tell the coming-of-age story of its protagonist: her tough upbringing, battles with her demons and her past and her relationships. That said, all of the games played on screen are replicas of real championship games from the last fifty years, and are all presented accessibly and dramatically. So while regular viewers do not need to know anything about the game to enjoy the series, for chess afficionados, there is even more to appreciate.