The letter i is the square root of -1, which cannot occur; it is impossible, not because it doesn’t exist as much as because it makes no sense. It is a metaphor, perhaps for theatre, but even more so for experience of The Mathematics of Longing, a co-production between La Boite, The Farm and The Uncertainty Principle. 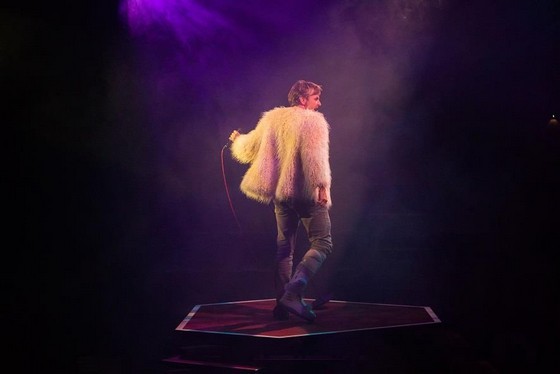 This imaginary number concept is played with in a scene between a physicist father (Todd MacDonald) in conversation with his daughter (Merlynn Tong) about the world of complex numbers and apparently beautiful equations. The new work comes courtesy of multi-award winning playwright Suzie Miller, who, inspired by her father’s love of maths, want us to see its formulas and equations in a more positive way. The result is a strange and poetic ‘play’ that appears full of contradictions: it is only an hour in duration, but it feels like longer and although it contains a lot of ideas, there is not much of a narrative. Its experience is similarly contentious, with opinion divided even among audience member groups as to its merit.

In its examination of the possibility within uncertainty, The Mathematics of Longing is certainly a courageous work, and, its feature of collaborative talents, including those of Gold Coast contemporary dance company The Farm and Ben Ely of Regurgitator (composition and sound design), makes it one of great promise. However, in its mostly-talk and little action approach it does not deliver on this suggestion.

It begins with the audience being verbally bombarded with ideas, with performers speaking at once before racing us through Newton’s three laws of motion and explaining dark matter and the ultimate, all-encompassing theoretical framework that links together all physical aspects of the universe. From there, ideas merge and a parallel story (or rather, stories) starts to come together, only not in a linear way, introducing us to the synchronicity of lovers (Kate Harman and Gavin Webber) forced together by the intensity of their respective needs and a couple in turmoil (Ngoc Phan and Todd MacDonald, who are equally excellent in their scenes together).

Each story is based on a formula or scientific principle and later it is illustrated how, in another universe. Some resonate more than others; the theory of separation show of how a splitting couple will always be merged together is a highlight, but one that is over too quickly. And in another high-point, we are offered quick comfort in consideration of how Einstein’s most famous theory of relativity could allow souls to reach infinity. Although the development from scientific principle into story is welcome, however, it not necessarily enough to make the self-described postmodern and post-dramatic work accessible for main-stage audiences. 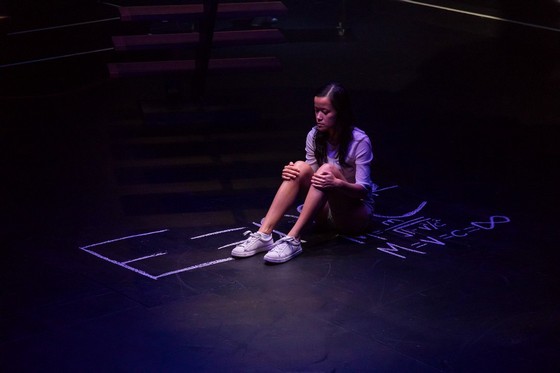 Just as the space between two human beings, we are told, can be nothing or everything, this unusual project lends itself to contention. It is a physical work in many ways, featuring as part of this, a series of musical and dance moments. In some respects, the aesthetic works, with installation artist Ross Manning’s set design and Ben Hughes’ lighting uniting in moments of visual artistry to illustrate the layers to the world and our experience within it. More frequently, however, gentle soundscape strains, silences between dialogues and dance sections seem indulgent. Although it does convey a sense of how small and insignificant we are in the vastness of the universe and paradoxically how big we are in the centre of our own lives, its examination of so many theories makes for confusion rather than clarity

The Mathematics of Longing is an intellectual work full of big considerations about construct vs reality concepts and what may be beyond what we know, and like imaginative algebraic numbers, it won’t make sense to all audience members. I don’t get maths (few English teachers do) and after seeing The Mathematics of Longing, I still don’t get it, let alone understand its ‘beauty’. Yet I can appreciate that this exists for some. Hopefully, those willing to take the leap of faith in seeing this show will fall into this category.

The Mathematics of Longing is playing at La Boite’s Roundhouse Theatre in Brisbane till 23 June 2018.