Kathryn Marquet’s The Dead Devils of Cockle Creek begins in darkness. When the stage is lit, it reveals a ramshackle ranger’s station shack somewhere in the wilds of south-western Tasmania. Centre-stage is Dr George Templeton (Emily Weir), cradling an infant devil in her arms. The environmental scientist is determined, passionate and intelligent enough to know that hydrochloric acid alone won’t work to clear away mess created after she encountered Irishman Mickey O’Toole (John Bachelor) poaching the endangered Tasmanian devils. 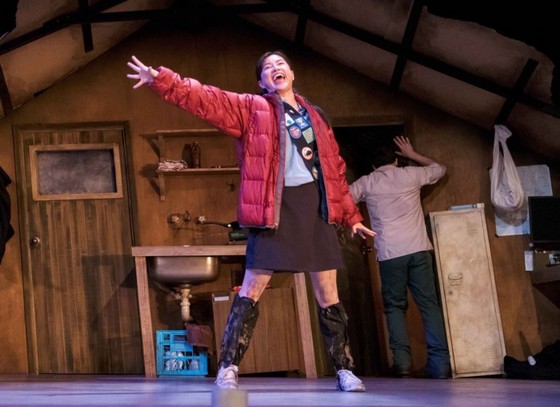 When fellow ranger, New Zealander Harris Robb (Julian Curtis), returns, what follows is a fast and furious rant about controversial issues as the zoologist attempts to justify her actions. There are further twists and turns as another unexpected visitor stumbles in to the cramped cabin in the form of high schooler Destinee Lee (Kimie Tsukakoshi) who has her own tirade to impart. A

s characters engage in some interesting intellectual discussion around corporate greed, climate change politics and, later, the corporate torture of chicken nuggets, the audience is offered many challenging contemplations. Testament to Marquet’s sharp writing style, the real-time story is uniquely uncomfortable and uproariously funny in its unrelenting dialogue and disturbing ending. Confronting simulated violence and frequent coarse language are powerful and unsettling as its Tarantino-in-Tasmania tones are played out.

Aesthetically, the staging provides a perfect accompaniment to the story’s ultimate brutality. Vilma Mattila’s open hut design is almost cosily simple, with lighting, sound and costume design also adding to the predominantly earthy environmental feel. What really brings the story to shocking life, however, are the powerful and provocative performances.

The actors are universally excellent in revealing their characters’ shades of good and evil, and their realisations of their idiosyncrasies are consistently layered, and not just because of their on-point accents. Weir is energetic in her sanctimony in lead of the charge for environmental change and Batchelor commands the stage as the violent O’Toole, despite being tied to a chair for much of the time, creating some of the most hilarious moments in his pithy one-liners. Curtis and Tsukakoshi similarly bring much comedy to the work’s complex contradictions. 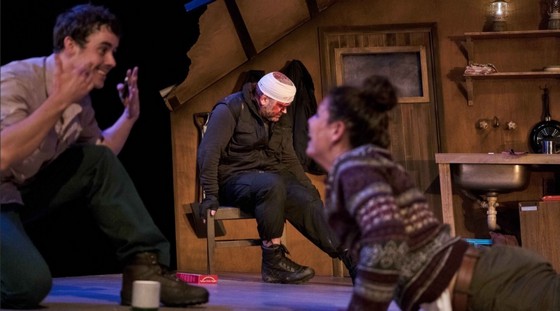 The Dead Devils of Cockle Creek is intense theatre at its very best. In director Ian Lawson’s hands, it is in-your-face and remorseless in its raise of important issues, but also reflective in its speak to the truth of confusion and concern of the world at the moment. Indeed, there is no happy ending here, but certainly much humour along the way, making for a memorable theatrical experience.