Produced under the auspices of Blumhouse, which specialises in horror, The Invisible Man is a taut psychological thriller that effectively combines elements of sci-fi and horror. Written and directed by Melbourne filmmaker Leigh Whannell (a co-creator of the Saw and Insidious franchises), this serves up a refreshingly different take on the mad scientist character originally created by H G Wells in his 1897 novel. There have been several adaptations of the character, including a 1933 film directed by James Whale and starring Claude Rains; several inferior sequels; a short lived black and white British television series in 1958; and another TV series in 1975, which starred David McCallum (of The Man from UNCLE fame). Even Paul Verhoeven gave us a twist on the idea with his Hollow Man in 2000. This is a darker take on Wells’ character. Its take on domestic abuse, toxic masculinity and female empowerment lends the material an urgency and relevance in this era of #MeToo. 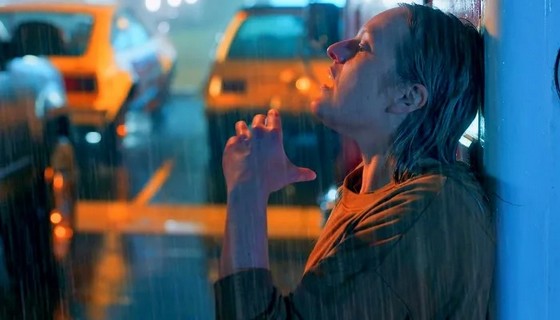 Cecilia Kass (Elisabeth Moss) flees her abusive husband Adrian (Oliver Jackson-Cohen), a pioneer in the field of optics. With the help of her sister Alice (Harriet Dyer) she finds temporary refuge in the home of James (Aldis Hodge), an old friend who happens to be a police officer, and his teenage daughter Sydney (Storm Reid). A couple of weeks later Cecilia is informed by Adrian’s creepy attorney brother Tom (Michael Dorman) that Adrian committed suicide, supposedly distraught over her leaving him. He has apparently left her $5 million, on the proviso that she is not found to be mentally incompetent.

Soon afterwards her new nightmare begins. Inexplicable events begin to occur that grow increasingly more violent and disturbing. Cecilia is convinced that, far from being dead, Adrian is behind these occurrences. She believes that Adrian has faked his own death and invented a way to become invisible using his knowledge of digital technology to continue his abuse. No-one will believe her though and she begins to question her own sanity.

The Invisible Man was originally intended to be part of the now-defunct Universal reboots of its classic monster features from yesteryear (part of its Dark Universe project). The concept became redundant following the critical and box office failure of 2017’s The Mummy starring Tom Cruise. The Invisible Man was initially scripted by David Goyer and intended to star Johnny Depp. Whannell shifts the focus from the titular invisible man to Cecilia, which gives us another perspective on the story.

Although set in San Francisco, the film was shot in Sydney on a relatively modest budget of $10 million. It looks superb thanks to the great cinematography from Stefan Duscio, who also shot Whannell’s previous film Upgrade. There is some great production design from Alex Holmes that creates Adrian’s lavish cliff top house as well as the sterile interior of the asylum to which Cecilia is committed. The film boasts some impressive CGI special effects that depict the creepy unseen presence that is tormenting Cecilia. Whannell deliberately imbues seemingly empty rooms with a sense of menace. A willing suspension of disbelief is required to go along with the central premise here.

Whannell slowly builds up the tension as the film moves towards its denouement, and, as he demonstrated with the Saw and Insidious franchise, he knows the tropes of the horror genre well. He incorporates a few clever jump scares and a bit of gory violence along the way. The inventive sound design also puts us inside Cecilia’s headspace.

The film is shaped by the terrific performance from Moss (The Handmaid’s Tale) who is on screen the whole time. She effectively portrays Cecilia’s sense of isolation, fear and desperation, but she also conveys also her resilience and determination.