A throwback to a time of homophobia, paranoia and fear, 1985 is a heartfelt realist tale. 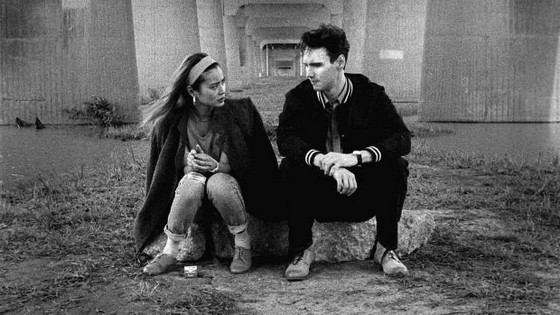 Having been gone for three years, closeted advertising executive Adrian (Cory Michael Smith) returns to his Texas hometown for the Christmas holidays. As the title suggests, it’s 1985, during the first wave of the AIDS crisis. Burdened with an unspeakable tragedy in New York, Adrian looks to reconnect with his teen brother Andrew (Aidan Langford), while navigating his relationship with religious parents Eileen (Virginia Madsen) and Dale (Michael Chiklis). When Adrian reaches out to his estranged childhood friend Carly (Jamie Chung), their unresolved issues force him to confront an uncertain future that will significantly alter the lives of those around him.

Shot on black-and-white super-16 film, 1985 looks at a pivotal moment in American history through the prism of empathy, love and family. Writer and director Yen Tan was inspired to create 1985 when he was feeling oppressed and dispirited as a queer filmmaker of colour. The distress in the picture is palpable. The film focuses on minutiae. It’s beautifully written and well-acted by a small core cast. Leading them is Cory Michael Smith in a sensitive portrayal of Adrian.

Adrian is deeply respectful of his family but unable to take them into his confidence. The relationship – such that it is – with his intransigent father is difficult to watch. Still, it and scenes with his kind-hearted mother, doting younger brother and former classmate with designs on him make for compelling cinema.

Even though the film reflects on events a little more than a generation ago, it feels like several lifetimes have passed. Such was the impact of AIDS and closed thinking at the time.