For those viewers who soaked in the glory and the drama that was the first two seasons of The Crown, this third season still has a lot to offer up.  No need to be a royalist of any kind to enjoy this gorgeous production as the life and times of House Windsor holds up to be as fascinating a document of British history as anything you’ll ever catch on Netflix. 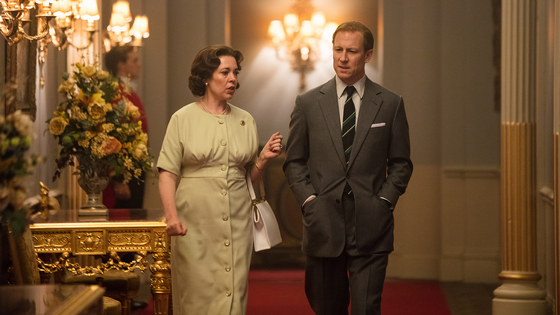 Series three picks up on the Windsors in the year 1964 with a new Prime Minister sworn in, the plain speaking Harold Wilson (Jason Watkins, who seems to pop up in almost everything and nails it every time).  From her beloved Churchill, HRH has heard a few things about this new leader that gives one cause for concern, such as possible links to the KGB.  Dismissing them at first, HRH is astounded to hear that there is indeed a KGB informant operating in her inner circle with full access to the Palace.

Princess Margaret (the excellent Helena Bonham-Carter), always the runner-up in the monarch stakes, is dissatisfied with her lot in life.  Her dashing husband, the photographer Tony Armstrong-Jones, is still inclined to do his own thing in his own good time, letting Margaret get on with both hosting and attending lavish parties that gift the second-born princess with the validation she desperately requires.  When the opportunity to blend a US book tour for Tony with a state visit to the White House, Margaret seizes her chance to shine.

If you are someone who sighs over the British landscape and could never conceive of suffering from castle fatigue, that alone would get you parked in front of your screen for The Crown.  Charles Dance fans will be pleased to see him pop up as yet another toppled autocrat (Lord Mountbatten), and once you’ve identified Clancy Brown’s deeper than deep voice, it’s a thrill to see him as President Lyndon Johnson. There is just so much for the fangirl to squeal over in The Crown that there is guaranteed to be someone for everyone to be excited about.

The cinematography of The Crown is of such a high quality that its almost just a nice side bonus that the acting is top notch also.  Claire Foy was always going to be a hard act to follow from the first two seasons, so we viewers were all rather satisfied to find out that Olivia Colman was coming onboard as the more seasoned operator that is HRH Elizabeth II, the older monarch.  Colman is so arresting on screen that even the back of her head commands attention in the panning shots, such is our need to witness the slightest change of expression as it dawns upon her face.

As this series progresses, it is quite astonishing to realize that HRH has racked up attendance or at least borne witness to so many pivotal points in the world political landscape as well as that of the British monarchy.   Each episode serves as a mini movie to these events, and also to remind the viewer just how heartbreaking and complex some of them were ie the coal mine disaster that wiped out most of a Welsh primary school (Aberfan, episode three). The stoicism required from the British in their head of state is an oft visited theme in The Crown, and there are several key scenes between HRH and others that highlight how necessary the hyper vigilance of self and family was and continues to be for the Windsors.

All three seasons of The Crown are now streaming on Netflix.  Settle in, you’re in for a treat.