Got a bit of free time and don’t want to get in too deep with your Netflix and chill?  We have the series for you.  I am Not Okay With This is a fresh teen drama that delivers a little extra on top of your classic high school revenge story.  Don’t worry if you have heard about the ending already as the charm of this series is absolutely in the journey. 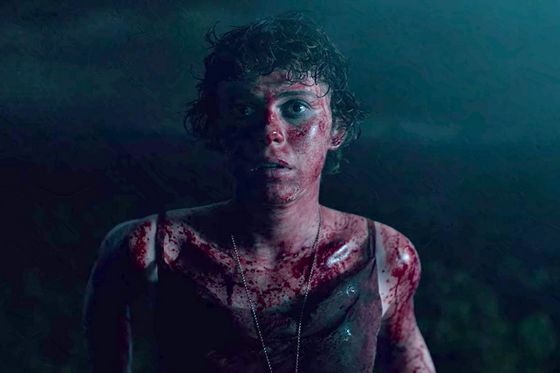 Sydney Novak (Sophia Lillis) feels that she is navigating her way through grief completely alone. With the recent unexplained suicide of her father putting Syd on the radar of the high school guidance counsellor, the suggestion is made that Syd keep a journal of her thoughts.  Hostile to the prospect of documenting her daily grind of misery and frustration to the page, Syd is at first reluctant to commit to the task.  As time goes on, Syd begins to view the journal as the unseen witness and co-conspirator to her teenage life.

Sydney’s mother Maggie (Kathleen Rose Perkins) is working hard to keep food on the table and has little time to devote to active parenting – a reality that Sydney as the eldest child bitterly resents. There’s lots to make Sydney’s blood boil. Syd’s little brother Liam (Aidan Wojtak-Hissong) is battling to keep the school bully at a distance, and Syd’s best friend Dina (Sofia Brynt) has begun to date the school jerk. School is a drag and Syd continues to live above the basement where her father took his life. Syd does has one little ray of sunshine in the midst of all of this aggravation and that is the attention of her sweet neighbour Stanley Barber (Wyatt Oleff). Stan is determined to get close to Sydney despite her best efforts to keep him at a comfortable distance.  Stan has serious problems of his own that he’d like not to think about and anything Syd related is a welcome distraction.

It’s when Sydney Novak gets mad, really mad, that things get interesting.  When Syd flees from a high school party, her anguished scream flattening all the trees in the immediate vicinity, her rage has a witness in Stan. Buoyed with new purpose, Stan begs Syd to consider what her new superpowers may be able to do for her, and for those she cares about.

I am Not Okay with This is a curious mashup of 20th century nostalgia and modern inclusions. The kids all dress like the 80’s weren’t that long ago and the soundtrack straddles the pop decades.  There are smart phones, but there’s no mention of social media.   A throwaway line by Maggic Novak dates the show’s time setting to at least past the 90’s, but it is never pinned down.  We’re pitching somewhere in the late 00’s at best guess.  Teen angst is timeless, and so is the reality that every single generation has to make their way thorough it.

Gen X’ers will recognize the nods to John Hughes movies like The Breakfast Club, and the landscape of a struggling north eastern/mid-atlantic US town seems very familiar to anyone who has digested a lot of Stephen King novels (and their film adaptations) over the years. Sophia Lillis is an expressive and magnetic presence on screen, and you might remember her work in Sharp Objects, IT (2017) or IT2 (2019). At the beginning of most episodes, we are privy to her thoughts as she races down the street to her home, covered in blood. This is not explained until the final episode. THAT moment, when it happens, will have you shouting out the WHOA, I promise.  Lillis is an extraordinary young actor and one to watch.  Her young co-star Wyatt Oleff has that same sincere energy, and the chemistry between the two is the beating heart of humanity that the series needs.

If you do a bit of googling, or are simply just more observant than this reviewer, you’ll have a happy time spotting the Easter eggs planted throughout the show that reference another series that co-creator Jonathan Entwistle was involved with (The End of the F&%king World).

I am Not Okay with This is a seven part series streaming now on Netflix.  Not the slightest bit sappy, and crunchy sharp with observations of the trials of transitioning violently from child to adult.  Your teens may feel a little less weird when they watch this. It is not known as yet whether there will be a season two, but considering how the first season ended, the hope is that it does! Setting the google alerts up now…