Steven Spielberg’s latest drama, The Post, looks at the Washington Post’s publication of the Pentagon Papers. These leaked documents showed the full extent of America’s involvement in the Vietnam War over four decades. They also revealed how successive administrations had lied to the public and covered up the truth. This is a tense thriller about government cover-ups and the search for the truth. 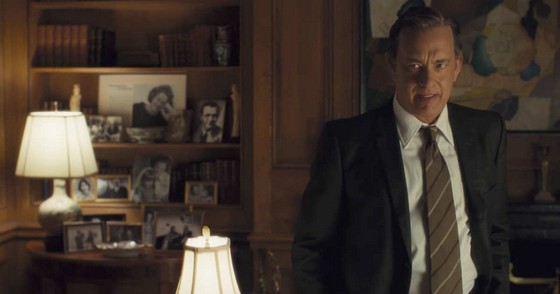 The film is set in 1971. The Pentagon Papers had been leaked by disillusioned military analyst Daniel Ellsberg (Matthew Rhys) in the hope of stopping the war. Extracts from the classified documents were first published by the prestigious New York Times. The US Government however obtained an injunction in the name of national security. That was when the Washington Post – until then considered pretty much a “small town paper” – picked up the gauntlet. The Post went ahead and published the papers in defiance of government threats. It was a decision that eventually turned around the paper’s reputation. A couple of years later the paper also played a major role in bringing down Nixon’s administration following the Watergate scandal.

Former socialite Kay Graham (Meryl Streep) was the first female publisher of a major newspaper, a role she had inherited from her late husband (who in turn had inherited it from Graham’s father). She was a woman in a world dominated by males. She undergoes a remarkable transformation. From a mousy, intimidated woman too afraid to speak up in meetings, she has to find the courage to speak up via her newspaper. She faces a moral dilemma as she wrestles with the decision to publish the papers. Her lawyers and bankers urge restraint, fearing the wrath of Nixon might ruin the newspaper. But ultimately she supported editor Ben Bradlee’s (Tom Hanks) decision to print the truth regardless of the repercussions.

Hanks is the second Oscar winning actor to play notoriously prickly Bradlee (following Jason Robards in All the President’s Men). He brings his usual sense of integrity and moral strength to the role. Streep is strong and grounded as Graham. She brings nuance to her performance as a woman in a man’s world as she attempts to exercise her authority. The scenes between these two veterans crackle with tension. Spielberg has assembled a strong ensemble cast to flesh out the story, including Bob Odenkirk (as veteran journalist Ben Bagdikian), Bruce Greenwood (as Robert McNamara), Sarah Paulson, Tracy Letts, Alison Brie, Jesse Plemons and Michael Stuhlbarg, who are all good.

The Post is the first feature film script for Liz Hannah, whose initial draft concentrated more on Graham’s character. Co-writer Josh Singer has explored the importance of journalism in uncovering political scandal before. He also wrote The Fifth Estate (2013), about Wikileaks, and the Oscar winning Spotlight (2015). The latter film of course followed the Boston Globe’s investigation into Catholic child sex abuse allegations and the systemic cover up within the church hierarchy. Singer has also written episodes of The West Wing, so he’s also familiar with the political gamesmanship of the White House. He rewrote the script to give it a harder edge; and focused more on the drama surrounding the decision to publish the papers.

While it highlights the importance of a free press in a democratic society, The Post is not quite in the same league as either Spotlight or All the President’s Men. Spielberg’s provides measured direction, but the film lacks the sense of outrage that someone like Oliver Stone might have brought. The Post doesn’t elicit the same heightened emotional response as Spotlight.

This was something of a rushed production. Spielberg shot it while still in post-production for the video game-inspired Ready Player One. Nonetheless, The Post is a well-made procedural drama full of insights into the journalistic profession and journalistic integrity. Spielberg gives the material a sense of urgency. Many of its themes remain relevant in today’s political climate, even though it’s set in the early 70s. However, there are a few minor issues with the pacing throughout.

Spielberg gives us a fascinating look at an old-fashioned newspaper newsroom. Regular production designer Rick Carter has faithfully recreated a working newsroom complete with crowded desks, typewriters, and reporters chasing down a lead. He even gives us a sense of the smell of the ink from the printing room. Again, his attention to detail seems spot on. The Post has been crisply shot by regular Spielberg collaborator and Oscar winning cinematographer Janusz Kaminski. The use of browns and a washed-out greyish palette gives the film the look and feel of those 70s thrillers like The Parallax View.

The Post is a prequel of sorts to 1976’s gripping political thriller All the President’s Men. It’s, somewhat fittingly, dedicated to the late Nora Ephron, who was once married to Washington Post journalist Carl Bernstein. Bernstein of course played a key role in uncovering the Watergate scandal that led to Nixon’s downfall.