Stephen King writes scary horror movies and Pet Sematary, which came out in 1989, is one such example. I didn’t see the original, so I have no point of comparison. Nevertheless, judging this remake purely on its merits … it’s intense and creepy. 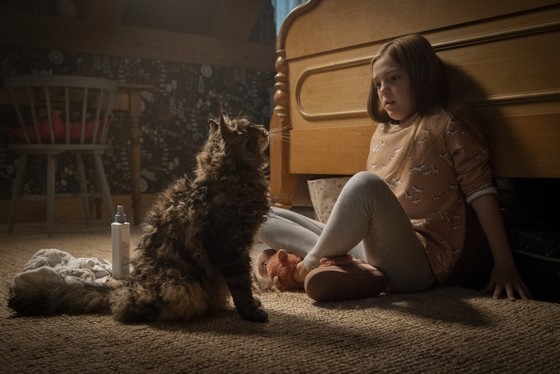 Pet Sematary follows Dr Louis Creed (Jason Clarke), a doctor who relocates with his wife Rachel (Amy Seimetz) and their children from Boston to rural Maine. He hopes the move will make the family’s life less stressful and give them more time together. Once he arrives though, he discovers a mysterious burial ground hidden deep in the woods near their new home. Rachel remains traumatised by a childhood incident for which she blames herself. Her daughter Ellie (Jeté Laurence) is understandably anxious about moving and leaving everything familiar behind.

When tragedy strikes, Louis turns to his unusual neighbour, Jud Crandall (John Lithgow). This sets off a perilous chain reaction that unleashes an unfathomable evil.

Although King’s novel remains the source, in this case Jeff Buhler provides the screenplay (from a screen story by Matt Greenberg). They make a significant change to the original story. In the novel, the Creeds’ two-year-old son Gage was central to the action. In this film, it’s their eight-year-old daughter Ellie. Being older, Ellie could play complicated psychological mind games with her father and display a physicality that couldn’t be achieved with a toddler. Kevin Kolsch and Dennis Widmyer are the dual directors.

I was impressed by all the leads, who played their parts effectively. The controlled Dr Louis Creed quickly unravels with Jason Clarke in his guise. Amy Seimetz brings the nervousness and insecurity to bear in her portrayal of Rachel. Jeté Laurence channels the two distinct personas of Ellie Creed with ease. John Lithgow, old pro that he is, positively inhabits the role of Crandall, a man who’s seen far too much.

There were quite a number of frightening moments. The filmmakers built the tension well; then the movie ramped up as the stakes got higher. And I thought they nailed the ending.  Pet Sematary then is a genuine slow burn horror thriller with impact.