A slow burn drama with comedic elements, Minari weaves its magic over time. The film follows an immigrant family having a hard time of things.

We’re in 1980s America. Jacob (Steven Yuen) is an accomplished chicken sexer who works fast, distinguishing the male chicks from the females. It’s a job he’s had for a decade, previously in California, but he’s well and truly over it. So it is that he moves his family clear across the country – to Arkansas – to start a farm on which he intends to grow Korean produce. He’s excited, although the same can’t be said of his wife, Monica (Yeri Han). She’s crestfallen when she sees the large trailer in a field that confronts her when she first arrives. 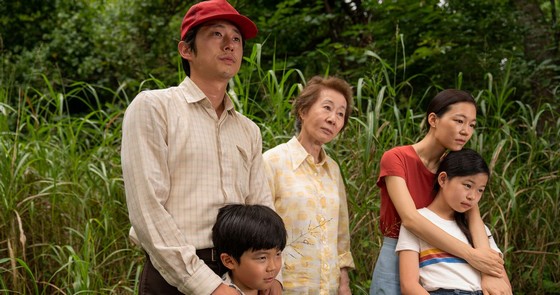 They are parents to a seven-year-old son, David (Alan Kim), who has a serious heart condition; and an older sister, Anne (Noel Cho). Apart from anything else, Monica is concerned that if something goes wrong with David – who is frequently told not to run because of his ailment – there is no hospital within an hour’s drive. Jacob doesn’t know the first thing about farming, but has a good feeling about what he’s about to tackle. He wants to capitalise on the 30,000 Koreans who migrate to the United States each year. Immediately though he runs into problems after he fails to pay a water diviner to determine the location of the liquid gold in his fields. That’s after he tells his son: “Never pay for anything you can find for free.” Jacob is also reluctant to engage a religious man, Paul (Will Patton) – who sells him a tractor and knows the land – but relents.

Times are tough and Jacob and Monica’s marriage, which was already in trouble, is now on a knife’s edge. The pair is constantly at loggerheads. She invites her mother (Yuh-jung Youn) to stay with them and help with the kids. Fresh off the plane from Korea, sly, foul-mouthed, but loving grandma has never met David and he takes quite some time to warm to her. Jacob and Monica are both working as chicken sexers at a local hatchery, while he is also pursuing his farming dream. He promises to look after the family, but things don’t seem to be heading in that direction. He is spending money hand over fist to try to make a go of the farm, but is constantly running into brick walls. They reach crisis point, in spite of the fact that when they got married they moved from Korea to the USA “to save each other”.

Young Alan Kim is the best thing about Minari. He’s an absolute delight, readily able to mix general compliance with a cheeky streak, which is exactly what his role as David calls for. Some of the scenes he enjoys with grandma are priceless. Yuh-jung Youn plays along beautifully too, keen to teach David the finer points of competitive card games. The tension between Jacob and Monica is palpable and that gets down to the acting ability of Steven Yuen and Yeri Han. Jacob is driven and stubborn. Monica is the epitome of disappointment and frustration. The added bonus is the quirky showing of Will Patton as the farm hand, exorcist and religious zealot. Unforgettable.

Beautifully written and directed by Lee Isaac Chung, Minari rewards those who stick with it. The fictional story is laced with personal resonances, creating a slice-of-life piece with pathos and humour.