For those contemplating jumping in head first into Season Two of Flack, don’t. This is really one of those shows where you can’t come in cold.  Best to do your homework, binge on the exciting madness that is Season One and then all of Season Two will make good sense. 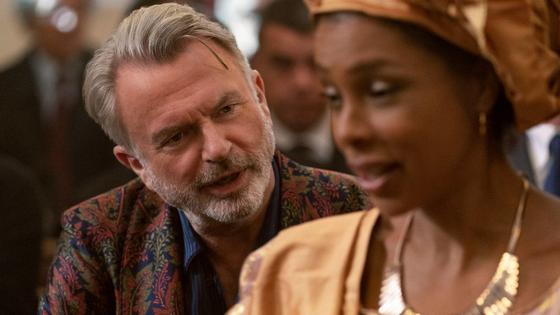 Robyn (Anna Paquin, being another glorious version of Anna Paquin it would seem) is still on the gear, still in the doghouse with her work wife Eve (Lydia Wilson), still also in the doghouse away from her long suffering boyfriend. The latter two situations came about in season one (spoilers ahead) as a result of Robyn’s infidelity and the fallout of dating two men at the same time becomes known to Robyn as season two opens.

Working as a publicist in a high end London public relations firm, Robyn is used to fixing up the messes of her upmarket clients – sporting stars, television personalities and the like – often at the expense of keeping on top of her own volatile personal relationships.  Living with her newly single sister Ruth (Genevieve Angelson), Robyn is back in familiar territory, which is trying to get a hold on normal life by observing how other people deal with it.  The two American sisters left a lot behind when they decided to move to London and the major reason for the move is now explored by way of flashbacks with a younger Robyn and her troubled mother.

Season two of this snappy fast moving comedy drama has a lot more to say this round about the repercussions of bad behaviours, and to an interesting extent, generational trauma.  Eve’s mother also has some pivotal scenes, which go a long way to establishing a baseline as to why the successful and clever publicist never feels she is going to live up to anyone’s ideals.

The usual mad sideplots about the clients of Mills Paulson and its deliciously snooty owner, Caroline (Sophie Okonedo) carry different episodes around a typical day in the life of Robyn, doing her best to be all things to all people whilst doing herself very few favours.  A welcome albeit temporary addition to the cast is Sam Neill who plays one of Caroline’s ex husbands,  perhaps the one that she allowed to get away.

Flack features less of the sexual romps this time around and digs a little deeper into the connections between its small but vibrant cast of characters. The incredible debacles that the clients of Mills Paulson manage to get themselves into are still both horrific and funny, as are the lengths that the publicists are expected to go to in order to smooth everything over.  You have to admire how each situation is handled and hope like heck this isn’t a real life representation of a high class publicity management firm.

Season two of Flack is now able to be viewed via FOXTEL on Demand.  As with the first season, there are just six episodes to be inhaled.  Crossing fingers the show will be picked up for a third season but due to production cuts, this seems unlikely.