Benjamin Stevenson’s first book featuring documentary maker Jack Quick was a revelation, particularly when considered again, in hindsight, from the viewpoint of the second novel in the series. 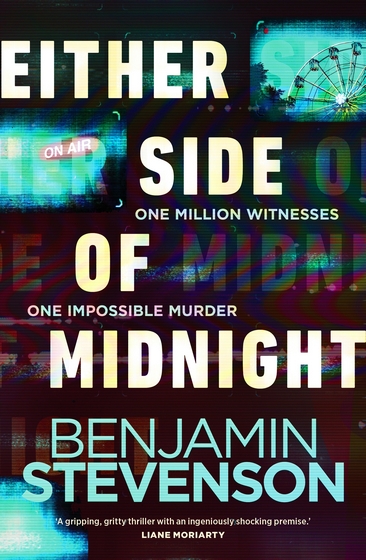 Quoting from my own review of GREENLIGHT at the time:

“There’s a something about GREENLIGHT that feels like a non-too-subtle dig at the commercialisation of true crime. There’s always been a sub-set of true crime writing that’s been about the crims, their exploits, personalities and too big to be believable criminal histories. Ranging from reflective and analytical in style, to tongue in cheek, many books and programs seem to have contributed to the rise of the “celebrity criminal”.

It’s no surprise then that the rise and rise of the true crime investigative journalist is increasingly leaking over into the crime fiction realm, with GREENLIGHT by debut Australian author Benjamin Stevenson introducing documentary maker Jack Quick doing a major TV program on the murder of Eliza Daley. “

Hinted at by me then, but discussed more succinctly by fellow AustCrime contributor Andrea Thompson is the central character of Jack Quick:

“The mental health issues raised in this novel are not often addressed in fiction in relation to the males of our species. This is quite enlightening to read of, as negotiating your everyday working life around a full blown eating disorder is just another difficulty to your day. Jack’s character and life outside of his career are fully fleshed, and the read is all the better for it.”

Those mental health issues are explored more in EITHER SIDE OF MIDNIGHT, from multiple perspectives, and it’s the realisation that this is what’s occurring that made this novel a serious page turner.

“At 9.01pm, TV presenter Sam Midford delivers the monologue for his popular current affairs show Midnight Tonight. He seems nervous and the crew are convinced he’s about to propose to his girlfriend live on air.

Instead he pulls out a gun and shoots himself in the head.”

First assumptions are obviously suicide, but it’s Sam’s twin brother Harry who is convinced his brother was murdered. Convinced enough to hire now disgraced TV producer Jack Quick to investigate. That investigation is intertwined with the story of two struggling families. The twin brothers (born either side of midnight / hence the title of the novel) who have had a fractious, difficult relationship, in part initially it seems because … brothers; but something was triggered by an event in their teenage years which has come back to bite them big time in the present. The other family is Jack’s own. There’s enough in this novel to fill in some of the background to Jack’s torment and his mental health and physical challenges, although the extent of the damage is even more understandable if you’ve read the first novel.

The truth of what happened in that TV studio, and why, goes to human behaviour that’s had more attention in recent years, with some high profile cases in real life. Impossible to discuss here without major spoilers, there is a point at which the reader may very well work out the who and why, and even have some insight into the how, but the devastation, and destructive forces unleashed by this behaviour are part of what made this such a page turner.

Along the way there’s yet more insight into the damage that unresolved, or unaddressed, mental health issues can cause. It’s good to see this approached from a male perspective in this case, but there’s plenty here to be learnt about the human condition overall.