Director Egor Abramenko delivers a creepy creature-feature with Sputnik. It starts with two cosmonauts planning to return to Earth, but quickly morphs into something else entirely. 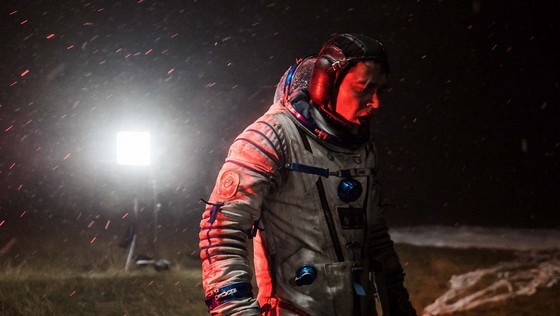 It’s 1983. After a Soviet space mission returns into barren Kazakhstan, the support team find one of the intrepid travellers hasn’t make it and the other – the commander Konstantin Veshnyakov (Pyotr Fyodorov) – is barely alive and covered in blood. Rehab doesn’t help and Veshnyakov is transferred to a top-secret facility, where he is interrogated daily and put under the care of the research director. Try as the hardly sympathetic doctor does, he can’t get to the bottom of just what occurred in deep space.

Enter a brilliant but unconventional psychologist, Tatyana Klimova (Oksana Akinshina), who has just gone through an interrogation of her own for breaking the rules. The head apparatchik of the clandestine facility, Colonel Semiradov (Fedor Bondarchuk), engages her to try to reach out to the hobbled space hero. The result is eye-opening.

There’s a lot going on here. Revelations and twists fly to this sci-fi, which revels in its austere Cold War setting. Both the cosmonaut and the psychologist are loners and find themselves drawn to one another. The script by Oleg Malovichko and Andrey Zolotarev keeps us on our toes, even if it becomes more far-fetched the longer the film progresses. The story arc centres on power and control.

I liked the sinister performances from all involved as this is a film about secrets and lies. Leading the way is Akinshina as the newbie whose head is turned, while Bondarchuk revels as the master of manipulation.

Sputnik piqued my interest and kept me engaged.