Beautiful Boy tracks the love and loss of an 18-year-old. 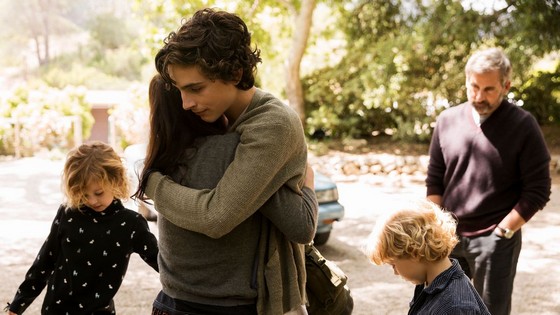 Nicolas Sheff was a good student, editor of his high school newspaper, an actor in the school play and a member of the water polo team. A voracious reader and a talented artist, he was set to enter college. He had started experimenting with drugs when he was 12, but in his late teens he tried meth for the first time. He went almost instantly from a teenager dabbling with substances to a having a full-blown dependency.

Beautiful Boy is an account of the Sheff family’s journey through Nic’s continuing struggles with addiction.

Based on his father, David Sheff’s bestseller of the same name and Nic’s memoir Tweak: Growing Up on Methamphetamines, the film presents a portrait of the ways addiction can destroy lives. At times harrowing, Beautiful Boy recounts the rehabs, disappearances, broken promises and rage as Nic sinks deeper into the drug world; as well as his dad’s efforts to save his “beautiful boy” from the ravages of addiction.

Luke Davies (Lion) wrote the script and the film is helmed by Belgian director Felix Van Groeningen, who makes his English-language debut.

As you can envisage it’s a heartfelt and deeply affecting tale. Once the drug takes hold, there’s no letting go. It’s insidious and doesn’t discriminate between good people or bad, working class jocks or elitist stiffs. The movie reveals the subterfuge involved in initially trying to hide the addiction and the frequent falls from grace after that. Getting clean is far from a straight line.

Timothee Chalamet (Call Me By Your Name) shows yet again what a fine young actor he is in a Jekyll-and-Hyde performance as Nic, while Steve Carell gives emotional depth to David.

It may not be an easy watch; but it’s an important story to bring to a young audience in particular. A fine musical score adds to the multiple layers of the narrative. Beautiful Boy stays with you long after you exit the cinema.