Director Perry Lang offers a polished but polarizing work in An Interview with God. This Bible-bashing drama promised much, but ultimately delivered little. 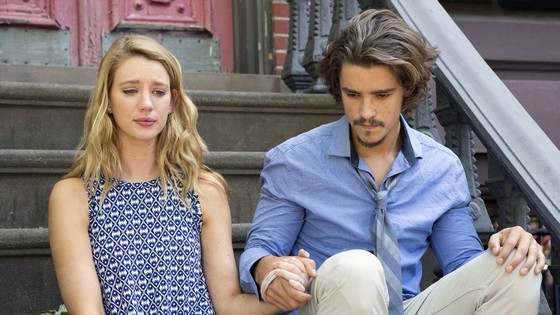 Covering the war in Afghanistan provided journalist Paul Asher (Brendon Thwaites) with some of the best stories of his young career. But that endeavor ended up costing him so much more than he could ever have imagined. Returning home, Asher struggles to deal with the after-effects of his experiences, along with a failing marriage to Sarah (Yael Grobglas) and his dying faith. Not knowing where to turn, Asher dives deeply into what could turn out to be the story of a lifetime – an interview with a mysterious man claiming to be God (David Strathairn).

What does an inquisitive reporter ask God? And how would God answer? Sitting down with this mysterious man over the course of three fateful days, Asher finds himself answering as many questions as he asks. While wrestling with what he knows and what he’s unsure of, Asher finds himself at the crossroads. What he does next is likely to shape the rest of his life.

The fact Brendon Thwaites is so likeable as the nice but deeply troubled Asher certainly aids this film’s cause considerably. For two-thirds of the movie I though he’d done something morally reprehensible – and then suddenly a twist.

The appearance of Asher’s sister-in-law, Grace (Charlbi Dean Kriek) serves to shed new light on Asher’s troubles, some of which come as a revelation to him, as well as the audience.

At first David Strathairn is engaging and enigmatic as God, but by the third act I found him irritating. By then, too, the constant references to faith had well and truly worn out. The film seemed to be shoving a Christian agenda down my throat to the point where I found it quite unpalatable. In the end I felt decidedly let down.

More’s the pity because for quite a while, An Interview with God was genuinely mysterious and engaging.