Janine Hosking’s The Eulogy provides a compelling portrait of an virtuoso Australian pianist who died far too young. This intriguing film is among the finest documentaries of the year. 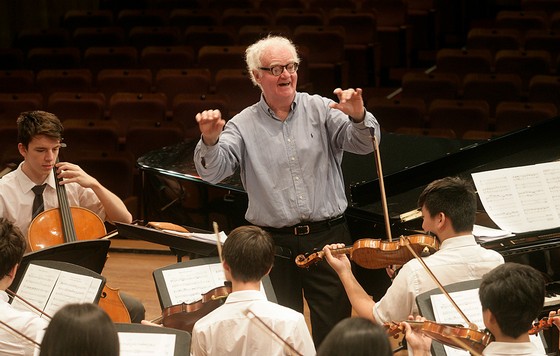 The starting point is the controversial eulogy former Prime Minister Paul Keating delivered at Geoffrey Tozer’s memorial service (which the ex-PM agreed to re-enact for this doco). In it, he pilloried the local music establishment for failing to support a man of Tozer’s immense talent. Mind you, while Tozer was shunned at home, he continued to perform on the world stage.

He was clearly a child prodigy destined for greatness, but he had significant deficiencies in other areas. He was anchored and encouraged by his mother who set the highest of high expectations for him. Both were perpetually short of money. Eventually, it was through Keating introducing creative fellowships that Tozer was given a leg up, but that didn’t end well either. We see the great man performing with aplomb and gusto, and wowing all as a result.

The conduit for the unfolding drama is conductor and music educator Raymond Gill, who explores why and how Tozer was left in the predicament he was. Might I add, Gill does so wonderfully. He challenges his students and he interviews those who knew, worked with and loved Tozer. But don’t for a moment think he avoids the negative revelations. In fact, it is that balance that distinguishes The Eulogy from other documentaries that simply fawn.

In the end, I was left with a picture of a flawed genius who arguably could have still been with us if more was done for him. Throughout the documentary we hear snippets of Keating’s eloquent thoughts from the memorial service.

The Eulogy has been superbly written by Katey Grusovin and Hosking. I learned so much and am all the better for it.