Australian author Hugh Mackay is very clear about his intentions in his latest book The Question of Love. The book’s subtitle is “Variations on a Theme” and even before the book opens, Mackay lets the reader know that the musical form of “variations on a theme” is his favourite and that this novel is his attempt to transfer that idea to the written word. Whether Mackay succeeds will depend on the reader’s willingness to go along with this experiment. 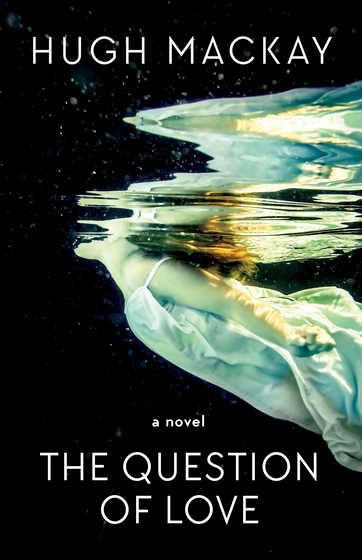 The book opens with architect Richard coming home to his violinist-wife Freya. Freya shivers a little when he enters and the two then have a conversation about food and work. Immediately following this is the first variation of this scene and by the end of the book there will be eleven more variations. Each variation provides a slightly different view of the characters and each is informed by additional scenes that flesh out each of the two characters and those around them. The reader learns of Richard’s early life, first abandoned by his father and then losing his mother, or about Freya’s relationship with her mother, made more difficult by her mother’s ongoing connection with Daniel, an old flame and member of her string quartet.

Reality is slippery in this construction. Freya’s view of a conversation with her mother is very different from her mother’s view (another variation). In one variation of the opening scene Freya has just been informed that one of her quartet has quit and she is trying to manage her reaction. In another that event has already happened and her issue is with the new member. So that the basis on which each variation is informed shifts slightly and itself informs the next variation.

At the heart of this novel is the relationship between Richard and Freya. The core of their characters remains constant while the changing of the starting conditions for that initial scene produces different reactions and results. The conceit allows Mackay to dig deep and explore their characters and their relationship.

The Question of Love can on one level be seen as a bit of thought experiment. But drawing on the musical analogy, the different variations manage to build on each other to create something complex and engaging. Rather than following characters through a series of events, Mackay watches the way a single scenario plays out given different information and starting conditions. And in doing so Mackay does manage to deliver some real emotional depth and insights.

The Question of Love is published by Pan Macmillan Australia.