Kate Grenville continues her exploration of the early days of the colonisation of Australia in her latest book A Room Made of Leaves. This book purports to be the previously unseen memoirs of Elizabeth Macarthur. Macarthur has long been overshadowed in popular Australian history by her husband John, who is widely reputed to be the founder of Australian sheep industry but also led a military coup against Governor Bligh in the Rum Rebellion. In these memoirs Elizabeth Macarthur (and Grenville) seeks to set the record straight about both their relationship and some major events in the early history of the colony of Sydney. 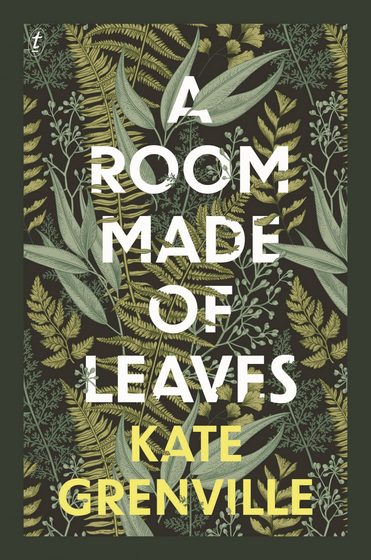 The memoir takes Elizabeth back to her earliest days as Elizabeth Veale, growing up on her grandfather’s farm in Devon and later being taken in by her best friend’s family. These early chapters feel a little Jane Austen as Elizabeth’s friend Bridie is courted by a young soldier and Elizabeth catches the eye of his friend John Macarthur. Of the two it is Elizabeth who ends up married due to an indiscretion and soon John is seeking his fortune by signing up to travel with the second fleet to the fledgling penal settlement in Sydney. The rest of the book describes the early development of the colony through Elizabeth’s eyes as her husband connives his way to power, fortune and land and she learns how to play on his weaknesses to her own ends.

This is the fourth of Grenville’s novels of early Sydney, the first being The Secret River. But it is most closely connected to her second of these novels The Lieutenant. That book was a fantasy on the life of William Dawes (in that book called Daniel Rooke), who did astronomy and befriended the local Aboriginal people. A Room Made of Leaves is more solidly based in the historical record so Dawes himself appears as a main character as does chronicler Watkin Tench. It is Dawes and his illicit relationship with Macarthur (a liaison that Grenville intuits from that record) which give rise to the name of the book.

Despite its setting, Grenville’s Elizabeth Macarthur has a fairly modern sensibility particularly when it comes to her attitudes to the Aboriginal people displaced by the colony. Partly this can be explained by her relationship with Dawes, who himself had at least an amicable relationship with some of the local people. But partly, this feels like Grenville’s editorial hand, giving a more nuanced view of the indigenous groups who were being forced away from their traditional lands than the actual Elizabeth Macarthur may have had.

Where A Room Made of Leaves is successful is in surfacing the very real influence that Elizabeth Macarthur would have had on the development of Australia’s wool industry, an achievement more usually attributed to her husband. After establishing the farm and bringing in the sheep, John Macarthur spent much of his time in Sydney and then later, in two long stints back in England. Elizabeth Macarthur was a strong, independent woman in her own right, having to deal with the constraints placed upon her and the novel charts her development and all that she learns both from her husband and in from having to deal with him.

A Room Made of Leaves is another fascinating journey into Sydney’s earliest days. While Grenville plays a little fast and loose with the actual history, she delivers a feel for the place, events and people who shaped the development of the Colony. And she does this, as she often does, through voices that have traditionally been silenced.