While a largely enjoyable romp, The Mystery of Henri Pick becomes too convoluted for its own good.

Henri Pick made pizzas for a living in France’s Brittany region. No one could have guessed was a gifted author (so much so that he could juxtapose Russian novelist Alexander Pushkin with the last throes of a relationship)? Not his wife, Madeleine (Josiane Stoleru). Not his daughter, Josephine (Camille Cottin). They never knew he could even write … other than the most basic letter. 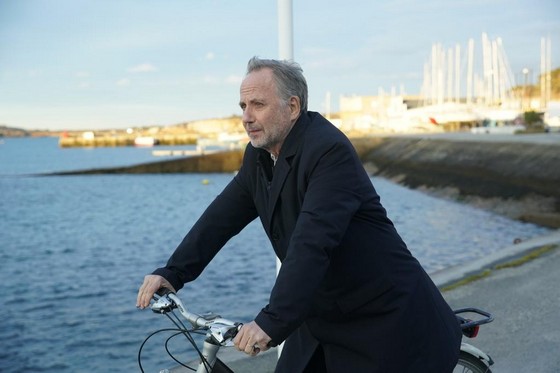 Henri has since passed on. A junior publisher, Daphne Despero (Alice Isaaz), finds his hidden masterpiece among a treasure trove of unpublished manuscripts in a small French village. She’s so excited by this “find”, she immediately sends it to print. The work becomes an instant hit, universally praised for its insight. Madeleine accepts an invitation to appear on a television show that focuses on new works. The compere Jean-Michel Rouche (Fabrice Luchini) creates havoc by questioning whether her husband was the actual writer.

Has a literary hoax, indeed, been perpetrated? If so, by whom? And why? Finding answers to those questions is at the core of this comedic drama. The tenacious sleuth is the arrogant Rouche. Sacked from the program for his unsympathetic line of questioning, he embarks on a personal mission to get to the truth. No shortage of cryptic clues and missteps await.

I love the idea of a literary whodunnit, but of course its success comes down to its execution. I would have liked less lightness of touch and more straight drama so that I could have taken the premise more seriously. But that was not to be, as the script on occasions even disintegrated into the slapstick.

Still, Fabrice Luchini does a good job with what he had to work with, ably channelling a self-absorbed blowhard. Around him the support players assume their roles without any real standouts.

But the positives, in combination, were not enough to alleviate my reservations when it came to treating the subject matter with the gravitas I feel it deserved. Still, many will likely appreciate The Mystery of Henri Pick for what it is.