Jo Nesbø is best known for his Scandinavian-noir crime thrillers starring Detective Harry Hole. But during his long career he has also delivered a number of crime standalones. His latest book, The Kingdom is one of these. Set in and around small town in rural Norway, the book deals with long held grudges, mysterious deaths, secret affairs and plenty of intrigue. 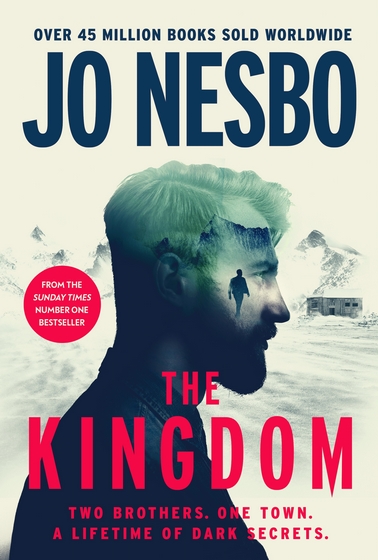 The story is narrated by Roy, the last of the Opgard family remaining in Årtun, living on a sprawling family property on the mountain above the town where he runs the local petrol station. Roy’s life is compartmentalised and controllable until his younger, more charismatic brother Carl returns from Canada with his new wife, Shannon, and a plan. Carl hopes to convince the villagers to invest in a hotel and spa that he will build on Opgard land. The townsfolk may benefit from the plan but the brothers will definitely become rich. But even before the first sod is turned on the projects, long buried secrets involving the brothers threaten to derail everything, forcing them to take drastic action.

The Kingdom is a dark crime tale involving incest, paedophilia and murder on top of a lengthy list of slightly more minor crimes. Roy is unapologetic about the role he plays both in protecting his equally violent brother and their family and it turns out that in that respect Shannon is the perfect addition to the pair. Violence begets violence, and as secrets emerge or threaten to emerge and the project starts to flounder the brothers use whatever measures necessary to stay on top. And it usually turns out that those they are targeting are no angels themselves.

The Kingdom is another great example of Scandi-noir, but also a global phenomenon, reflected in Australian rural noir, of setting crime novels in rural settlements and finding them full of secrets and wrongdoing. Translated from Norwegian by Robert Ferguson, The Kingdom will grab readers and not let them go. Even when it clearly becomes a guided descent into a world where the ends always justify the means and, in the end, family is stronger than anything.