Two women who strike up a conversation at an airport have one pressing concern in common.  Both need to disappear, and urgently.  Claire and Eva decide to exchange boarding passes and take the seat of the other on their two flights.  The Flight is an exciting dual narrative thriller that presents a unique opportunity for two people to make use of each other’s misfortune with an instant decision that backfires in the worst possible way. 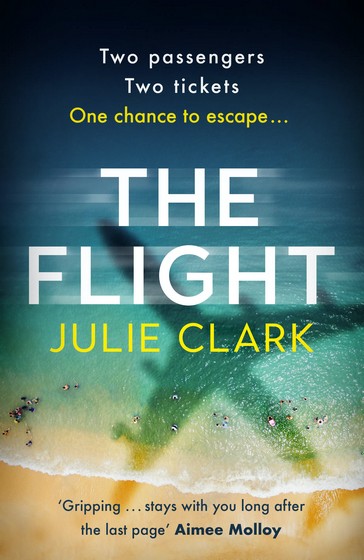 Claire Cook is living the life of the invisibly oppressed, existing in a climate of fear with the constant terror of slipping up whilst under the critical surveillance of her husband.  To an outsider, it would appear that Claire has the perfect life and should have nothing at all to complain about.  As it becomes more difficult to hide the bruises and repercussions of her husband’s control and narcissism, Claire begins to plan her escape.  On the day she intends to take action, her husband has his staff book Claire onto a flight to Puerto Rico to attend a not-for-profit function.  Claire realizes that her husband will shortly be fully aware of how she had planned to run.

Eva, a former Berkley college student, has been working casual as a server at local restaurant but it is her side hustle that keeps food on the table.  Putting her chemistry talents nocturnally to use in her basement, Eva is careful not to make personal connections that may reveal what her true occupation has become since she took the fall for a boyfriend and got kicked out of college. Despite all the care she takes, Eva is noticed by a sharp eyed investigator who would like to take down an unseen face higher up the drug supply chain that Eva is firmly at the bottom of.

What is refreshing about The Flight is that it lacks the victim culture we’re all tired of reading about in crime novels.  Claire and Eva both are strong characters that intend to extract themselves from their dangerous situations with minimal harm to everyone else, and spend little time in exacting revenge – they just need to be able to move on.

There is little opportunity for the two women in this novel to ever truly rest with the constant threat of discovery hanging over Claire as she tries to stay one step ahead of her husband, and for Eva to keep her drug handler unaware of her intentions.  Manufacturing drugs and supplying them to the college community in which she lives becomes more and more risky. A little schmaltz does creep in detailing the relationship Eva forms with an elderly neighbour, giving a little backstory to why Eva is the more focused of the two women when the two of them meet at the beginning on the book.

The Flight has all the ingredients for a high octane chase thriller for the large or small screen, so here’s hoping that a savvy production company will pick up the rights to adapt the book for film.  This tense read is truly one you will be able to knock over in one or two sessions. The Flight is meticulously plotted and absolutely compelling, giving the reader fresh reasons each chapter to stay close to the page.

The Flight is published by Hachette Australia.