She was an idealist who got in way over her head and paid the price. Inspired by fact, this is the story of American actress Jean Seberg, a rising star and darling of the French New Wave. She believed in just causes and wasn’t afraid to put her name to them, but she should have been. We’re talking of a time when J. Edgar Hoover’s FBI engineered a smear campaign. 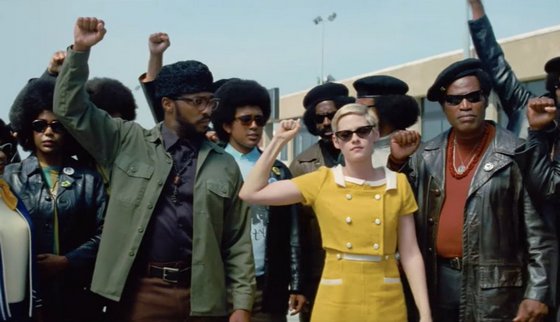 When Seberg opens, Jean (Kristen Stewart) is already a well-known actress and style icon, but stardom has failed to satisfy her restless, inquisitive side. A life-long supporter of the civil rights movement, Jean is immediately attracted to Hakim Jamal (Anthony Mackie), a charismatic activist in the Black Power movement. Their relationship gets the attention of the FBI and Jean becomes the target of COINTELPRO, a covert surveillance operation aimed at disrupting political organisations.

On the case is a recent FBI recruit Jack Solomon (Jack O’Connell), a gifted surveillance specialist with an expertise in sound. He joins the L.A. field office and is teamed up with a more senior agent, Carl Kowalski (Vince Vaughn). The consequences for Jean are enormous.

Kristen Stewart is her usual polished and nuanced self as a woman with a conscience who makes some questionable choices that can be viewed as bold and naïve.  She commands our attention throughout in another “look at me” performance.  She imbues her character with heart and soul, distress and paranoia.

Jack O’Connell also leaves his mark as the FBI agent Solomon who signed up for something far different from what he became embroiled in.  In fact, a mark of the picture is its strong characterisations, many without a moral compass. They include Solomon’s FBI partner Kowalski and their boss Frank Ellroy (Colm Meaney).

Margaret Qualley impresses in a small but notable role as O’Connell’s wife, Linette.  Anthony Mackie channels righteousness and fervour as Hakim Jamal and Zazie Beetz stamps her mark on his wronged wife Dorothy. Yvan Attal brings distinctly French sensibilities to Seberg’s laid-back and enduring husband Romain Gary. Joe Shrapnel and Anna Waterhouse, who last worked together on The Aftermath, have crafted an intriguing and dramatic screenplay, with direction from Benedict Andrews (Una).