The Rules of Backyard Croquet by Sunni Overend captivated me with its fresh and sassy take on a familiar theme – a woman shaking off past baggage to shine bright. And shine bright Apple March did, as she emerges from a self-imposed cocoon to find new friendships, love, and her zest for what she’s best at – fashion design. 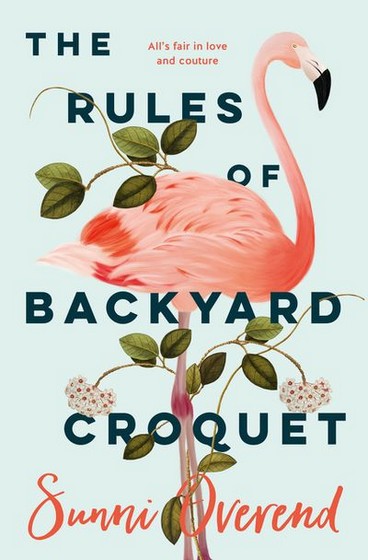 Disgraced fashion prodigy Apple March has gone into hiding, concealing herself within the cashmere and silk folds of a formerly grand fashion boutique – the hanging of blouses and handling of difficult patrons now her only concern. But when her sister Poppy needs a wedding dress, old passions are reignited … along with threats from her past. As Apple finds herself falling for someone she shouldn’t, her quest to re-emerge becomes entangled in a time she wants forgotten, and life unravels as quickly as it began to mend. From the cool heart of Melbourne, to Paris and New York, in an effervescent world of croquet, Campari and cocoon coats, can Apple prevail over demons past to become the woman she was born to be?

This peek into the high-fashion scene, set mainly in Melbourne, made me laugh with its snappy dialogue, dream with its sophisticated setting, and hope as the two love interests navigated their way through countless distractions towards each other’s hearts. Refreshing that the characterisation was, I can’t help feeling that Apple was overshadowed by her lovable co-worker and friend Jackson, that Charlie was almost too saintly (and that Noah seemed more real).

But I still enjoyed the book from start to finish and I’m eager to follow up with Overend’s The Dangers of Truffle Hunting.

The Rules of Backyard Croquet is out now from HarperCollins. It’s available online and at good bookstores.