Much ado about nothing; or a quirky film of substance? My strong inclination about On the Rocks is toward the former. 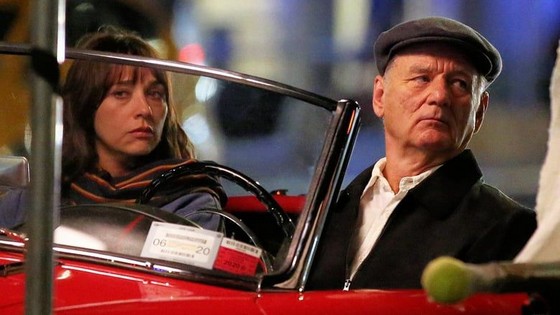 Suspicion is a dangerous thing. Often it is realised. Sometimes it is not. It can drive a person crazy. Laura (Rashida Jones) is an author with a case of writer’s block. She’s married to Dean (Marlon Wayans), and the couple have two kids. He’s perpetually busy running – and generating business for – a new company. This involves frequent trips away from their New York home. On return from one such “excursion”, an unusual incident in their bedroom causes Laura to question why it happened and whether there was more to it. And then there’s the discovery of a “girly” toiletries bag in his luggage that isn’t hers.

Her father, Felix (Bill Murray) is a former gallery owner and art connoisseur, and a notorious womaniser. He only adds fuel to the fire. Although he loves Laura and his granddaughters dearly, Felix has a Neanderthal view of women. He firmly believes Dean is playing around … and suspects it’s with a pretty member of his team, Fiona (Jessica Henwick). He draws Laura into his web of sleuthing.

I’m afraid I found On The Rocks transparent and lacking oomph. The film was nowhere near engaging enough for me. I found no real surprises. A movie questioning the trajectory of a marriage and the issue of trust should have made for rich pickings, dramatic and comedic. The dialogue felt forced. And the constant reference back to a ditsy fellow mother, Vanessa (Jenny Slate), added nothing … other than annoyance on my part.

Bill Murray (The Dead Don’t Die) dined out on his usual off-centre schtick. Rashida Jones (The Sound of Silence) was pleasant but hardly inspiring – her character arc didn’t allow for it.

I’m afraid this is a misstep in Sofia Coppola’s career (she was both writer and director) because the film lacks substance. To be uncharitable, arguably the best thing I can say about On the Rocks is that it remains true to its title, notwithstanding the occasional brighter moment.