That is one, perhaps uncharitable, representation of Malcolm & Marie. This black-and-white two-hander focuses on an African-American filmmaker Malcolm (John David Washington) and his live-in partner Marie (Zendaya), a former drug addict. It’s 1 a.m. and they’ve just returned from the premiere of his new film. Lambasted by critics – the “white” female LA Times critic in particular – for his past efforts, this time is different for Malcolm. He’s written and directed a film based largely on Marie’s life. It’s being hailed by all, although formal reviews have yet to drop. 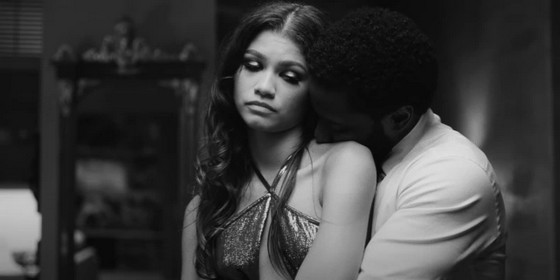 Malcolm is exultant, envisaging being seen as the next Spike Lee or Barry Jenkins. Marie stays quiet for a while and turns her attention to making him macaroni and cheese. But before long, they’re fighting over the fact Malcolm thanked seemingly everyone in his speech – except Marie. The venom is palpable. It’s the first of many fights between them that are the mainstay of the picture.

At nearly 106 minutes, Malcolm & Marie is a long sit and mainly a film for purists. By and large, I appreciated it, although I understand why it will frustrate quite a number. Writer and director Sam Levinson has created a thoughtful, slice-of-life drama. It’s heavy on dialogue though. Cutting back on it could have increased the film’s impact and reduced the risk of some viewers “tuning out”.

I dare say some will see more than a little something of their own relationships – present or past – in Malcolm & Marie. A musical number as the credits roll speaks of the fine line between love and hate.

Both John David Washington (Tenet) and Zendaya (Spider-Man: Far From Home) perform well, but I was particularly impressed by the latter. In portraying Malcolm, Washington is loud and effusive – energetic and on the move. Zendaya is more internalised and reflective in realising Marie. She’s able to channel her character’s insecurity in stages. Her “thank you” monologue late in the piece is an undoubted highlight.

Malcolm & Marie may not be perfect, but it still leaves an indelible imprint.

Malcolm & Marie is streaming on Netflix