Golden Shield is a new play by Anchuli Felicia King, having its world premiere production from the Melbourne Theatre Company. It’s set against a background of antipathy between the US and China. Their animosity has reached deeply worrying levels and Australia is caught in the middle. The play deals with “Big Brother”, mistranslated words and morality.

The ruthless head of an American tech company, Marshall McLaren (Josh McConville) looks to cash in on developing a solution to slow internet speeds in China. In so doing, he also enables the Chinese government to more readily monitor all online activity and specifically to expose and crack down on a dissident group. Golden Shield is the name given to the Chinese firewall. 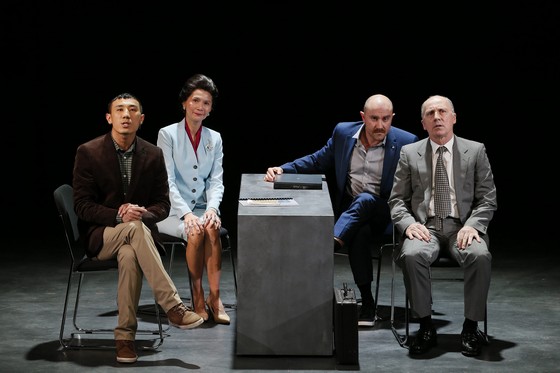 A tenacious young lawyer, Julie Chen (Fiona Choi) gets wind of the firm’s shady dealings and looks to expose them through a class action related to an old US law that’s still on the books. In order to do so, she has to get at least one person – in this case a dissident who has been heavily compromised as a result of the company’s actions – to testify in an American court. But because the lawyer can’t speak fluent Mandarin, she needs to find a translator she can trust. She turns to her estranged younger sister Eva (Jing-Xuan Chan) and from the get-go the women don’t see eye to eye. Julie knows nothing of Eva’s current life and Eva won’t let her in.

Still, to have any hope of winning the case and to confront large-scale censorship and corporate greed, the siblings must put aside their differences. Will that be a bridge too far? Do they stand a realistic chance of holding the firm to account and securing restitution for the brave dissident willing to speak up?

Golden Shield presents a maze of intrigue, which requires concentration to follow. Through it all we have a translator (Yuchen Wang) on stage as part of the action. He introduces us to the complexities of language (how some words and phrases in one don’t directly translate into another and understanding can be compromised as a result). Then he interprets the real meaning behind some of the other characters interactions, providing some delightful comic relief.

The eight-strong cast does an excellent job in firing up the characters and building a tangled web (no pun intended). Staging is kept to a minimum, with large video walls on either side of the stage providing close ups of the action from time to time. The interplay between characters is engaging, often bold and fiery. Most are left with their hands dirty as power shifts throughout and with it control of what is a runaway train. 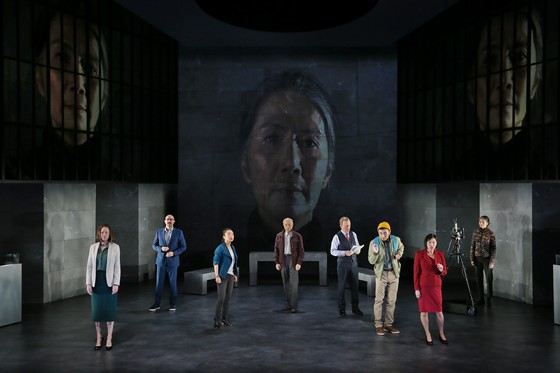 It’s hard not to be impressed by King’s intricate prose and her ability to weave a compelling story. She’s a writer to watch. Directed by Sarah Goodes, Golden Shield is playing at Southbank Theatre, The Sumner until 14 September 2019.

I saw the first preview performance of the production.