Not everything is spelt out in writer-director Itay Tal’s drama God of the Piano.

In Israel, Anat (Naama Preis), makes a shocking decision in hospital after receiving unexpected news following the birth of her son. The daughter of an elite piano teacher, Arieh (Ze’ev Shimshoni) Anat never reached his heights, despite her talent. She never became the composer he wanted her to be.  That only served to strengthen the expectations she has of her son, Idan (Andy Levi). 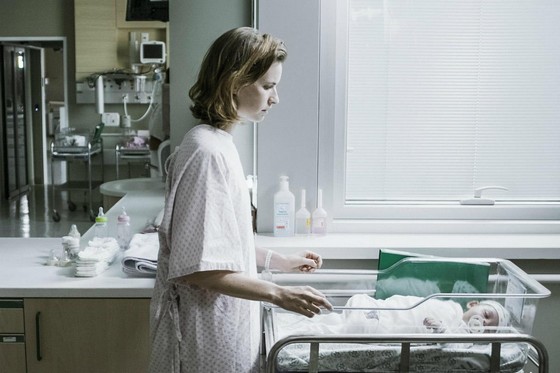 From birth, Idan is surrounded by music and, clearly, he too shows aptitude. At an early age Idan learns to read music, is composing and playing some tricky pieces with skill. By the time he’s 12, he competes for a highly prized place at a top piano academy – now in the charge of his grandfather – something afforded to very few. For her part, Anat is driven, aloof, moody and still looking over her shoulder, even though so many years have passed since she made that fateful decision.

And interestingly – try as she might to put it behind her – there is a constant reminder of that in terms of phone calls and mail she receives. To make matters worse, she has never opened up to anyone about the choice she made.

The narrative arc requires some assumptions to be made and gaps to be filled. Although hardly the norm, there’s nothing wrong with Tal asking the audience to work to extract maximum returns. I appreciated the movie’s premise, which gave plenty of room for movement.

Preis does a good job portraying the rather closed off and icy lead; hardly someone easy to warm to. She is left to do most of the heavy lifting with her expressions and body language as much as by what she says and does. By her character’s one action early on, she invites us to develop strong negative feelings towards her. We, of course, wonder what awaits her character and “offspring” and, naturally, that is the film’s journey.

Just one comment about the editing at the end of the second to last sequence – it simply isn’t there.  The camera stays on Anat’s face, almost in still frame … seemingly forever. It stands out for the wrong reason. Tal, who – by and large – has done a good job, was also responsible for the editing. The ending is not neatly wrapped up; which does justice to the tenor of the piece. It would be remiss of me not to commend Roie Shpigler, Hillel Teplitzki and Eran Svirin for their musical composition.

Overall then, I found God of the Piano a trip worth taking.