Navigating a romantic entanglement can be difficult enough. But when it comes to two – at the same time – it is in a league of its own, especially when the blokes attracted to the “catch” are best mates. 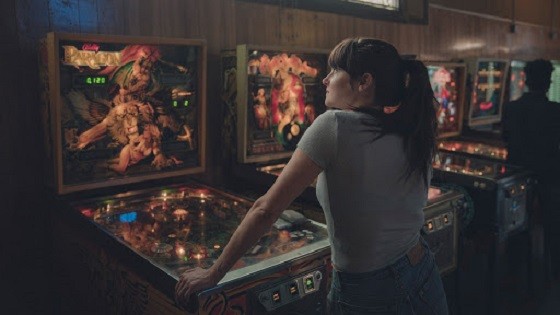 Daphne (Shailene Woodley) opts out of a long-term relationship, quits her job and moves in with her half-sister. She isn’t in a good place. At a New Year’s Eve party, she has a couple of interactions with guys who each subsequently reach out to her. One, Frank (Sebastian Stan), is clearly a bad boy who plays hard. The other, Jack (Jamie Dornan), is more stable and solid. He’s an author on an upward trajectory, with a good soul. Daphne sleeps with both of them.  With Frank, it’s more urgent and intense. The sparks fly. Inevitably, matters will come to a head.

Jardine Libaire and Drake Doremus (Like Crazy) wrote Endings, Beginnings; with Doremus directing. It’s about choices – good and bad – and how they can and do shape our lives.

Woodley (The Descendants) is in every scene and gives and gives as Daphne. The message is clear – first Daphne has to learn to love herself. Her upbringing has hardly been straightforward and a recent experience was traumatising. Stan (Avengers: End Game) brings a raffish edge to his portrayal of Frank. Dornan (Fifty Shades of Grey) is a good choice as Jack, who can bring a steadying hand to a future with Daphne, if only she will let him.

Endings, Beginnings deals with highs and lows and the perplexities and pitfalls of wanting it all. Text messages between Daphne and the two suitors are displayed on screen, as she moves between them. It’s an effective device. Flashbacks aided my understanding of what has gone on previously. Philip Ekström supplies an ear-pleasing soundtrack to Daphne’s life.

Once the punch-line was delivered though, I felt the film fell away and tended to drag. It also became a tad too syrupy for my liking.

Still, overall, Endings, Beginnings has impact, if only to highlight the fragility and hurt of relationships after the thrill of first encounters.