When Creed came along and revitalised the Rocky franchise, I was more than happy to sing its praises. That was three years ago. Now comes the sequel Creed II, which I’m sorry to say lacks punch (pun fully intended). 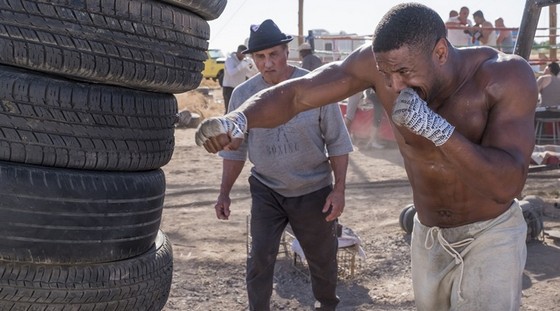 Creed II starts with the central character, Adonis Creed (Michael B. Jordan) fighting for the light heavyweight title of the world. Straight into it. In Russia, Viktor (Florian Munteanu) is a massive brute of a fighter. He’s the son of Ivan Drago (Dolph Lundgren), one of Rocky Balboa’s conquests. Ivan Drago killed Adonis’s father, Apollo, in the ring.

Now Ivan, with his son in tow, are cruisin’ for a brusin’. Ivan wants his Viktor to have a shot at Creed’s crown, so baits him. Before this is over, the pair will have met not once, but twice. And Creed and Rocky have some prickly moments. Meanwhile, Adonis is ready to move his relationship with his girlfriend Bianca (Tessa Thompson) to another level.

Creed II has a dour and predictable plot. For the most part, Creed is a sad sack. Most disappointingly, in large measure the film signals its … you got it … punches. It moves at an almost glacial pace, especially early on. I also suspect the writers all but ran out of ideas, so simply replicated what had gone before.

Sylvester Stallone again plays the worldly trainer and he has a significant role that he performs well. I also liked Tessa Thompson as Creed’s girlfriend.

The soundtrack was also among the better components of the picture. It worked well with the visuals.

Still, you would have to question the future of the franchise. Ryan Coogler (Black Panther), who directed the first film, hands over the reins to Steven Caple Jr (The Land). I dare say that was a mistake, although Coogler is credited as an executive director. Mind you, the fault also clearly lay in the screenplay by Juel Taylor and Sylvester Stallone (again, different writers from Creed).