Youth drug culture may not sound like the material to make a short but compelling musical out of, but the reality is quite the opposite in 21 Chump Street. Firstly, the story is not only relevant, but it reflects upon a scourge of our age. Secondly, the way it has been written and is performed gives it high dramatic value. Finally, the music itself is something special. 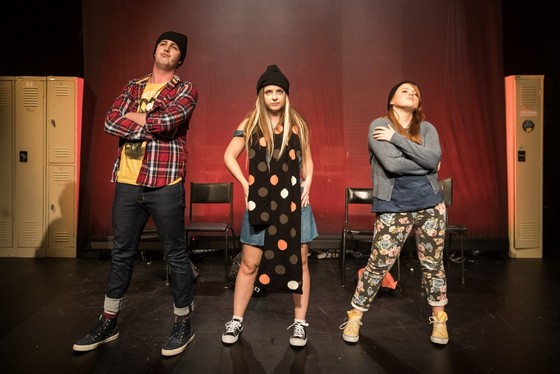 21 Chump Street is a 15-minute musical by Lin-Manuel Miranda (Hamilton), based upon the true story of Robbie Brown, as reported on podcast series This American Life. It is the cautionary tale of Justin (Jake Fehily), a high school senior and Naomi (Olivia Charalambous), the cute new Portugese Dominican girl he falls for in class. Justin is clueless, a nice guy caught in a sting operation and then having to pay the price for his testosterone.

Fehily is wonderful in the lead. His vocals are assured and his demeanour engaging. He represents a most relatable character in Justin. His opposite number, Naomi, has personal experience of the severe impact of drugs (which she tells an interviewer, a role filled by Lauren Edwards) and when questioned doesn’t hesitate in justifying her actions. Charalambous’s is another accomplished performance. 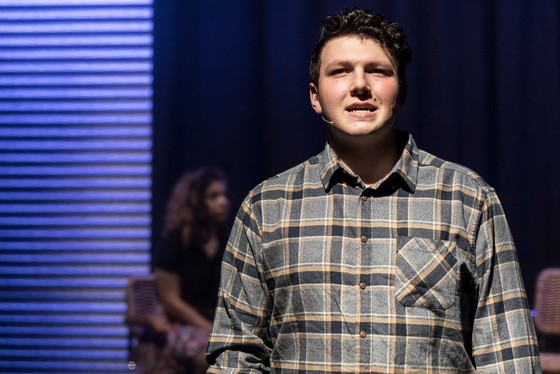 The support cast – Nicola Bowman, Stephanie Wood and Kai Mann-Robertson – who play the other students, add weight to a superb little production, which could readily be turned into a full length musical. As it is, there are only five musical numbers, but, boy, do they carry weight and power!

21 Chump Street is staged by Pursued By Bear, who are dedicated to producing rarely seen musicals, with a lot of heart. The show is directed by Byron Bache and is playing at Chapel off Chapel until 18th June.