One of the takeaways from Bare the Musical is that the Catholic Church has a lot to answer for. This heart-wrenching musical concerns life’s most intimate struggles with equality and fairness.

At its core are a couple of seniors – Peter (Adam Di Martino) and Jason (Finn Alexander) – who attend a Catholic boarding school. They’ve been in love with one another seemingly forever. But while Peter wants their relationship to be made public, Jason desperately wants to keep their attraction secret. Jason also happens to be the subject of much adoration from guys and girls alike. That doesn’t go down well with Peter. 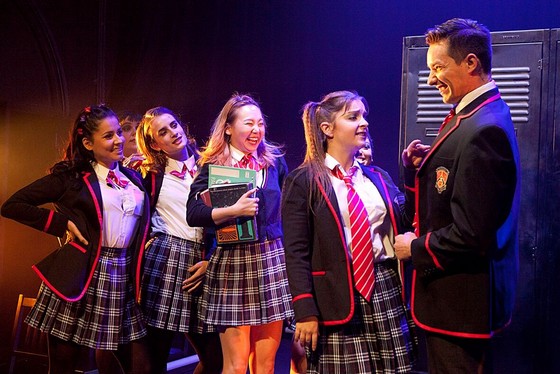 It seems, though, that just about everyone at the school has a soft spot for Jason, including a number of girls who wish he would show more than a cursory interest in them. One in particular, Ivy (Hannah McInerney), pursues him. The consequences for both will be devastating. Meanwhile, Jason’s sharp-tongued twin sister Nadia (Hannah Grondin) struggles for acceptance.

The musical, with book by Jon Hartmere and Damon Intrabartolo, music by Intrabartolo and lyrics by Hartmere, debuted in Los Angeles in October 2000. It had an off-Broadway production in April 2004.

The performances are excellent, with a rich collective of talent on show among a 15-member cast. The leads are strong, while Grondin’s (Rent) turn as Jason’s isolated sister is particularly noteworthy.
Jake Fehily (21 Chump Street) maintains a strong presence as fellow student Matt, who carries a torch for Ivy. Vanessa Menjivar (Spring Awakening) finds a perfect combination of attitude and empathy as Sister Chantelle. 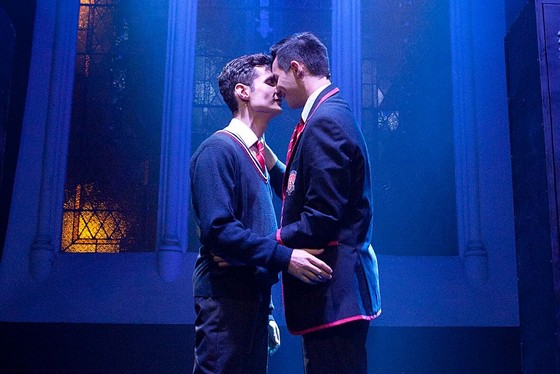 Staging is kept to a minimum. The stained glass windows inside Chapel off Chapel provide the perfect backdrop, with a white cross hanging from overhead. Otherwise props – such as lockers and a bed – are wheeled in and out as required.

Much of the brilliance in the production has to do with the writing, which tackles critical issues of mental health, bullying, resilience and more. StageArt’s production of Bare The Musical is playing at Chapel off Chapel until 15 April 2018.