Tulip Fever is a melodramatic bodice-ripper set in Amsterdam in 1634. Tulips were highly prized and a source of great wealth. Playing out against this backdrop of an economic bubble is a more formulaic story of romance, deception and betrayal. 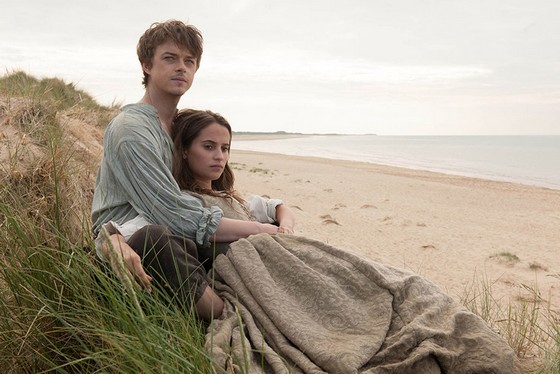 Sophia (Alicia Vikander) has been raised in an orphanage. The pipe-smoking abbess (Judi Dench) seems to have a key role in the growth of the tulip market, where fortunes can be made or lost. The abbess arranges for Sophia to be married off to the widowed Cornelis Sandvoort (Christoph Waltz), a wealthy spice merchant. All Cornelis wants is a son and heir to carry on the family legacy. But when Sophia seems unable to fall pregnant, Cornelis commissions impoverished artist Jan Van Loos (Dane DeHaan) to paint a portrait of the couple.

Van Loos and Sophia embark on a torrid affair behind Cornelis’ back. Van Loos then hatches a desperate plot to allow Sophia to escape from her loveless marriage and run away with him. Caught up in the plot is Sophia’s loyal maid Maria (Holliday Grainger), who is in love with local fishmonger Will (Jack O’Connell). Maria’s own pregnancy plays a key role in the deception, as does the volatile tulip market.

Tulip Fever is based on the best-selling 1999 novel written by Deborah Moggach. Her novel These Foolish Things was adapted for the screen as the feelgood The Best Exotic Marigold Hotel. Moggach collaborated with acclaimed playwright and Oscar winning screenwriter Tom Stoppard (Shakespeare in Love) on the screenplay. Surprisingly though, given Stoppard’s impressive reputation as a wordsmith, this is quite a dull film. Some of the dialogue is wooden and cliched. The central scenario requires a healthy suspension of disbelief and often plays out like a bad farce.

Justin Chadwick, who previously gave us the sumptuous period piece The Other Boleyn Girl, is in the director’s chair. His attention to recreating the authentic period detail is again evocative. But while the first half of the film is quite engaging, the second half falls apart with lots of busy subplots and characters that ultimately make little sense. Chadwick’s direction is laboured, and the film is unevenly paced.

The cast features three Oscar winners, but even they can’t manage to lift the film to great heights. There’s a lack of genuine chemistry between De Haan and Vikander that hampers the romance. DeHaan looks a little like a younger Leonardo Di Caprio; but he lacks charisma and struggles to make his character credible. Waltz plays yet another variation of his fatuous noble. His turn here is nowhere near as villainous as usual, but instead comes across as more sympathetic. Zach Galifianakis plays it straight here as Gerrit, Van Loos’ alcoholic and buffoonish manservant; while Cara Delevingne (who appeared opposite DeHaan in the bloated sci-fi adventure Valerian) plays a prostitute. Tom Hollander plays the ethically-challenged Dr Sorgh.

Tulip Fever was something of a troubled production, and has apparently sat on the shelf for three years while it was re-edited according to the wishes of producer Harvey Weinstein. This is the last film released by Weinstein’s company before he became engulfed in the scandal that has almost sunk his career and reputation.