Visual effects aside, there’s nothing much to get excited about in Valerian and the City of a Thousand Planets. This fantasy sci-fi is based on a comic book series, and is written and directed by Luc Besson (Lucy). 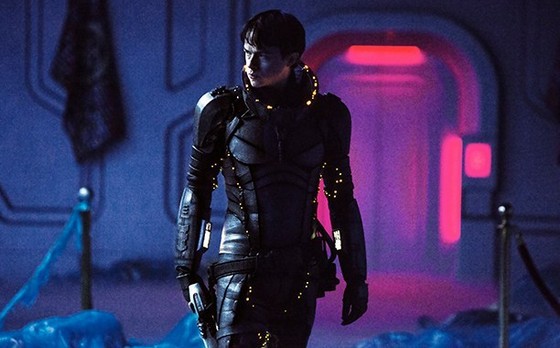 It’s the 28th century. Valerian (Dane DeHaan) and Laureline (Cara Delevingne) are a team of special operatives charged with maintaining order throughout the human territories. Under assignment from the Minister of Defence (Herbie Hancock), the pair embarks on a mission to the city of Alpha, an ever-expanding metropolis where species have converged over centuries.

There is a mystery at the heart of Alpha, a dark force that threatens the peaceful existence of the City of a Thousand Planets. Valerian and Laureline must race to identify the marauding menace and safeguard not just Alpha, but the future of the universe.

The plotting is ho-hum and the dialogue almost childlike in its simplicity. While it is difficult to fault the creativity associated with the lily white, peace loving Pearlers (one of the species), it is obvious early on who the villain in the piece will turn out to be. The sexual tension between the two leads is pleasant enough, even though it follows a well-trodden path.

One of the high points for me was Rihanna’s-character, known as Bubble, morphing seamlessly from one guise to another as she tries to lure Valerian from a pole and chair. The film also features Ethan Hawke as Bubble’s pimp and Clive Owen as an armed forces commander.

Overall, Besson has tried to throw the proverbial kitchen sink at Valerian; but to bastardise a platitude, money and effects alone do not a good film make. This is no Avatar. In fact, far from it. Never mind that the action is set many centuries in the future, the filmmakers even managed to squeeze in a countdown clock when imminent danger was but seconds away. That felt twee and old school.

While Valerian and the City of A Thousand Planets looked good, it went on for far too long and yet was underdeveloped as a screenplay. Rated M, it scores a 5½ out of 10.