Part of the wonder of network television in Australia is its seemingly boundless ability to plumb new depths. If you thought the Honey Badger season of The Bachelor was bad, you ain’t seen nothing till you’ve seen The Masked Singer. 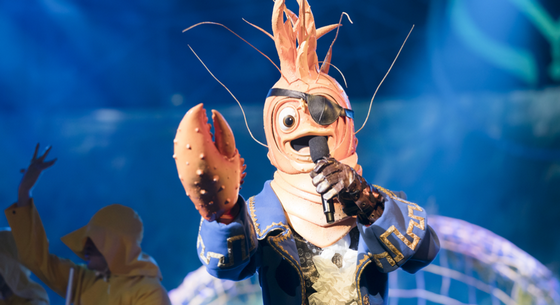 In case you haven’t seen it, The Masked Singer is a singing competition (kind of). The twist is that all the singers are celebrities (i.e. people who’ve been on TV at some point in the past 10 years); and they’re dressed in flamboyant costumes to hide their real identity. Basically it’s a series of “sing-offs” until the least popular singer is left. That contestant then has to reveal their true identity. Along the way, a “guessing panel” tries (badly) to guess who the celeb might be.

Ten is pushing the “bonkers” nature of the show. That’s fine so far as it goes. And yes, elements of the show are pretty bonkers. But weird costumes can only take you so far. Because the show suffers from two big problems – the singing isn’t great; and the format is boring. The Masker Singer quickly becomes repetitive; and the fact the singers aren’t identified wears thin. Sing – “guessing panel” discussion – audience vote. Over and over again. And the final “reveal” is so laboriously drawn out, it loses any impact.

The “guessing panel” – seriously Ten, you couldn’t think of a better name? – consists of Jackie O, Dannii Minogue, Dave Hughes and Lindsay Lohan. At least Hughsey tries to inject a bit of humour into the show. The remainder however play it straight with their “guessing”, painting the show with a sameness that soon wears thin. The fact they never seem to be able to guess the celebrity must surely call into question their qualifications to be on a “guessing panel”.

Ten seems to think The Masker Singer is cutting edge television. It’s not. If you want something really cutting edge, try Russian Doll on Netflix. If however you’re looking for cliched, lowest-common-denominator television, then this is the show for you.