If you are in the camp that our recent history rapid technological advancements all stemmed from scientists in a secret US government agency retro engineering what crashed down from the skies at Roswell – you are absolutely in good company with UFOs – The Lost Evidence.   Season Two is here to put to the viewer that these innovations were not solely the result of human scientific endeavors and are instead due to our interaction, past or present, with beings more advanced than ourselves. 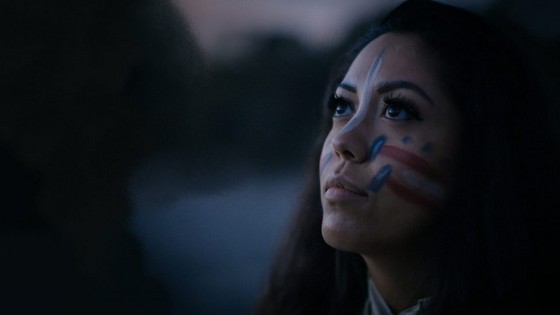 Whether alien technology was gifted to us many years ago or whether contact has been not only established but maintained by government agencies such as DARPA is concisely and enthusiastically addressed in the season opener of this seven part Discovery Science series.  Whether this is preaching to the already converted conspiracy theorists out there or not, it makes for thought provoking entertainment.

Kicking off with ‘UFO Tech’ in episode one, UFOs: The Lost Evidence compares the plethora of inexplicable technological advances of the late 20th century to what the human race managed to produce in the previous two thousand years. There was only sixty odd years from the first flight of the Wright brothers to the moon landing.   It’s the highlighting of these developments in relation to each other time wise that illuminates.  Suggesting that we are not alone in the universe, and perhaps never have been, is the driver of each episode of this thought provoking series.

UFOs: The Lost Evidence is a fast moving montage of UFO investigators, authors, ex US military and government agency personnel and theorists all commenting on the unprecedented technological jump of the 20th century.  Everything from the secret history between US Presidents and the UFO phenomenon, to the rise of Artificial Intelligence (or Autonomous Intelligence, if you really want to frighten yourself) is insightfully and credibly addressed alongside speculative imagery of a future that may have been pre-set or is indeed currently being guided by other worldly visitors.  Has the US military had alien assistance in the development of such weaponized craft as the Stealth Bomber?  Are autonomous drone swarms already being deployed in war zones?  Review the evidence, and be entertained.