An intense study of vulnerability, heartache, anger and loss, Shrine  packs punch. Written by Tim Winton – the only author to have won the Miles Franklin Award four times – the play is directed by Marcel Dorney.

19-year-old Jack Mansfield (Christian Taylor) has died in an early morning car crash. He was in the vehicle with his two mates, driving hard … recklessly. He wasn’t wearing a seatbelt. A year on his parents Adam (Chris Bunworth) and Mary (Ally Fowler) aren’t coping with their grief. Their previously loving marriage has been torn asunder. Adam pulls away from Mary. He has sold his winery and his trips to their beach house have become more frequent. Nothing means anything to them any more. 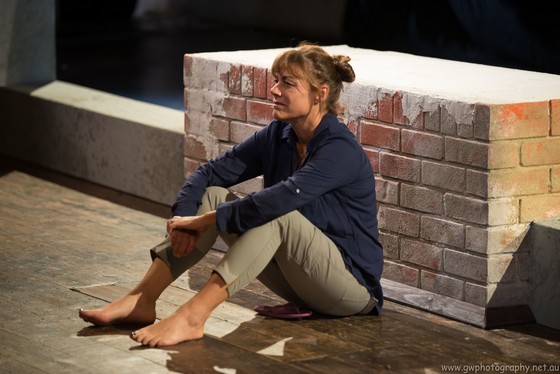 A young woman he used to employ as a cellar hand, June Fenton (Tenielle Thompson), reaches out to him … because she has to unload.  He tries to push her away, but she won’t be dissuaded. She was with Jack and his buddies – Ben (Keith Brockett) and Will (Nick Clark) – the night before he died, the evening before the horrible accident. She needs to tell her story and he has to listen. What she has to say is important to both of them. Nothing will bring Jack back, but anything to assuage even a skerrick of the pain will be blessed relief.

Set above the rocky headlands on the south coast of Western Australia – from where Winton frequently draws inspiration – his third play eats into your psyche.

Bunworth is captivating as the father who wears his heart on his sleeve, whose rage is palpable and who has turned his back on society. He inhabits his character like few others could. Also impressive is Thompson as the knockabout youngster, whose encounter with Jack changed everything. 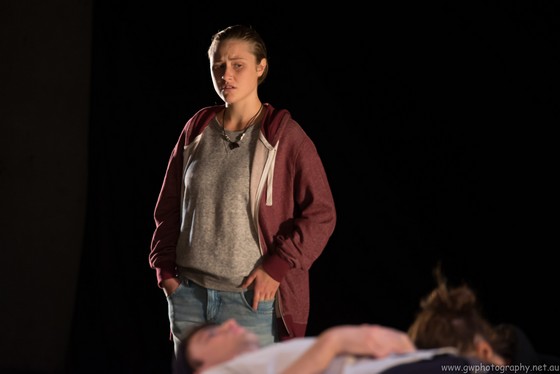 The minimalist set by Leon Salom and lighting by Kris Chainey works because it ensures we focus our attention on the riveting performances of those whose lives have been stripped bare by that fateful morning.

Ninety minutes without interval, Shrine hits like a battering ram – showcasing drama and distress in its raw form. As director Dorney puts its: “Tim’s script does place the emphasis … firmly upon the internal experience of people caught up in and connected by grief.”