English author Aldous Huxley wrote about a brave new world in a dystopian novel first published in 1932. I wonder what he would have thought of the world of artificial intelligence circa 2020 (well we are almost there). Let me put it this way, we have a long way to go before robots or artificially created intelligence can outsmart and outwit the best human ingenuity, but we are certainly moving down that path. 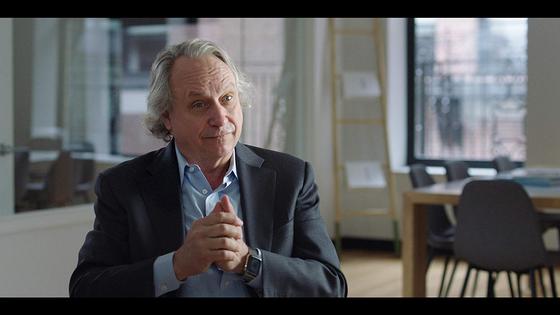 This, of course, creates ethical dilemmas, many of which are touched on in this excellent – dare I say, highly intelligent and compelling – documentary. The subject is, of course, ripe for feature film treatment – of which there has already been no shortage. I, Robot (2004) with Will Smith is one that readily comes to mind. The doco – which includes interviews with several well-spoken experts in the field – covers a lot of ground and certainly got me excited … and concerned.

It starts with a showcase of a top South Korean gamer losing to a machine. Perhaps the most fascinating component came next – namely a woman who lost a dear friend using text messages between the pair to create a computer program to mimic that special relationship. She has done that not just for her own sake, but for others who stand to benefit from these hyper-real interactions.

Sex robots who tell you what a wonderful night they have had because of your prowess between the sheets get a working over too. Mind you, it is apparent that the facial movements and even speech patterns on these are still in their relative infancy.

We all know about the possibilities offered by driverless cars, but the segment which covers this territory also exposes the complexities and problems. For instance, if a crash is inevitable and it is you in the car alone versus the lives of several others just how selfless would you want your vehicle to be on your behalf? Given the answer to that question will vary, what parameters should be programmed into mass transportation vehicles?

And what about the development of autonomous weapons of mass destruction, how can they be controlled to eliminate human error that has hitherto cost countless lives? An erudite journalist can see real possibilities in AI for development of his craft, but just as many pitfalls. Think fake news, fake video, fake audio which, for all intents and purposes, appears real.

These are just some of the topics dealt with in Machine, which I must say whetted my appetite to learn more. It detailed the challenges an evolving industry faces.

Director Justin Krook has done a fine job unpacking some of the most radical new technology and new age thinking. The possibilities appear all but endless.

Pity I won’t be around – or, at least it is highly unlikely I will be around – in 100 years to see the societal change that has taken place. That, of course, presumes that climate change hasn’t killed off the planet beforehand.