Jasper Jones isn’t your typical drama. It’s presented by Queensland Theatre as a restaging of the Melbourne Theatre Company production and based on the smash hit novel by Craig Silvey.

This rollercoaster of a plot – which brings to life the stories of a sleepy 1960’s town, Corrigin – packs a veritable punch. While I was unfamiliar with the novel, the anticipation of seeing a new story coursed through me as I mingled within the auditorium of the QPAC Playhouse. 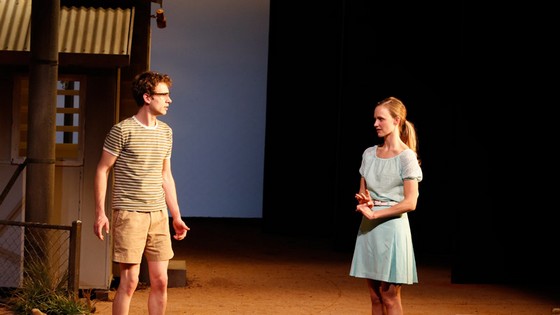 As the opening scenes played out, I became engrossed in a story with smatterings of coming-of-age themes, nestled at the heart of a murder mystery. Sounds complex? It certainly is. But with that complexity comes a richness of character that makes it hard to deny this is a timeless story.

Hailed as something of an Australian version of Harper Lee’s To Kill a Mockingbird, it centres around a half-indigenous teen, Jasper Jones. Spun expertly into life by Shaka Cook, Jasper reveals he has made a gruesome discovery in a place only he frequents; the hanged body of a young woman. With the help of bookish and awkward Charlie Bucktin, (Nicholas Denton), Jasper tries to get to the bottom of just who killed Laura Wishart.

Along the way the audience meets a myriad of colourful characters. From Charlie’s jaded parents Mr and Mrs Bucktin (Ian Bliss and Rachel Gordon) to his goofy and cricket-mad best friend, Jeffery, an immigrant with Vietnamese heritage (Hoa Xuande) to the mysterious and brooding “Mad” Jack Lionel (Hayden Spencer) to the beautiful and sorrowful Eliza Wishart (Melanie Zanetti), Charlie’s love interest.

Each of these characters seem completely unaware of the tragedy that has unfolded under their noses; and that’s what makes the suspense so potent and thrilling. What I didn’t expect with Jasper Jones was just how funny it was going to be. 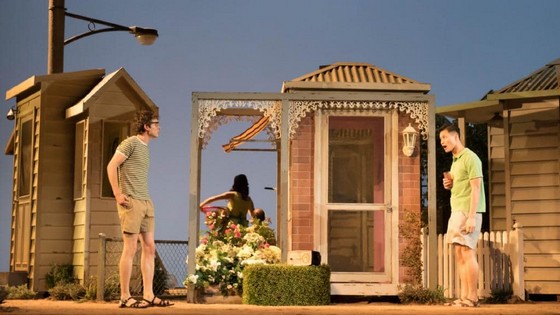 Unexpected moments of hilarity peppered the plot with sharp dialogue and amusing delivery that had the audience bubbling with laughter more often than not. And with a heart-warming conclusion, Jasper Jones ended on a bitter-sweet note that hit the right spot.

What I found most enjoyable about this production was the integrity it held with keeping the characters alive and moving with lighting fast energy throughout the long two and a half hour show. I didn’t even notice the time passing, which is always the mark of a good show.

Jasper Jones is showing at the Playhouse, QPAC in Brisbane until August 18.
Bookings:  www.queenslandtheatre.com.au/Shows/18-Jasper-Jones