Duplicity, comedy and crime make for a heady mix in the clever caper film, Game Night.

Jason Bateman (Office Christmas Party) and Rachel McAdams (Spotlight) star as Max and Annie, a couple with a competitive streak. Their weekly game night with friends gets kicked up a notch when Max’s charismatic brother Brooks (Kyle Chandler) arrives. Always looking to one-up his little bro, Brooks has promised the avid gamers an epic night, far beyond their usual menu of charades, trivia and Pictionary. 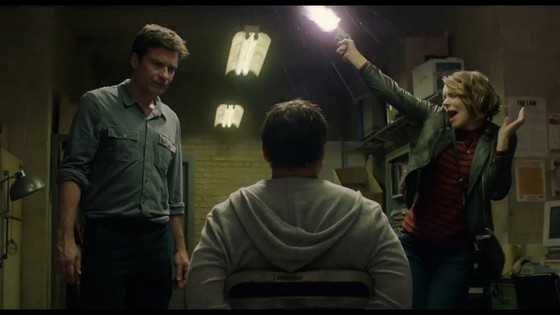 Armed thugs break down the door and drag Brooks away, bound and gagged. His guests are duly impressed at how realistic the fight seemed, how terrified Brooks looked and how menacing his assailants were. They can hardly believe it was all staged. Maybe that’s because it wasn’t. Or was it? As the six highly competitive gamers set out to solve the case and win, they discover that neither this game, nor Brooks, are what they seem to be.

Over the course of the night, the friends find themselves increasingly in over their heads as each twist leads to an unexpected turn. Amid the mayhem, the respective couples play their own games between themselves. Of course, they all have their own personal issues to contend with.

Game Night is wild and wacky stuff – and above all, it’s fun. Mark Perez has written a smart movie-within-a-movie screenplay. You’re never sure whether the characters are playing a game or experiencing something for real.

The calibre of the acting talent, especially Jason Bateman and Rachel McAdams, ensures the film works. There are several genuinely funny scenes. The deadpan face of Jesse Plemons (Bridge of Spies), complete with awkward silences, is among the highlights. He milks each scene.

Notwithstanding some deliberately pregnant pauses, Game Night moves along at pace. It’s wall-to-wall hijinks. With that in mind, do stay until the final frame – after the credits – to get one last joke out of it.