Featuring a series of powerful performances, Disobedience packs a punch. At stake is the future of three people – a London-based husband and wife; and their childhood friend, a photographer living in New York. 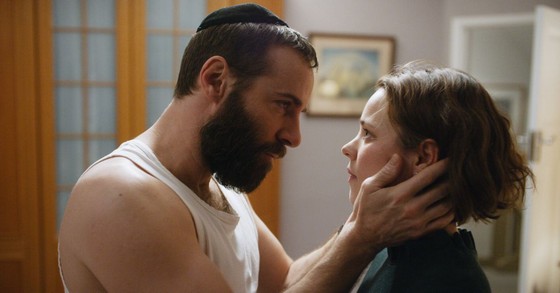 At an Orthodox synagogue in London, the chief rabbi collapses and dies. As funeral rites commence, the rabbi’s photographer daughter Ronit Khruska (Rachel Weisz) is told of her father’s passing. She flies back and arrives at the home of Dovid Kuperman (Alessandro Nivola) – who was treated like a son by the chief rabbi. He’s surprised by Khruska’s unexpected return. Khruska feels out of place in the community she left behind. Her return isn’t welcomed by all. Despite tension surrounding Khruska’s sudden departure in times past, Kuperman invites her to stay with him and his wife.

Khruska discovers – to her dismay – that Kuperman is married to their former best friend Esti (Rachel McAdams). A complicated past hangs over the two women, but it is about to get a whole lot more complicated.

Writer and director Sebastián Lelio (A Fantastic Woman) has crafted something very special. Disobedience is a story about confused human beings trying to do the best they can against a background of fixed conceptions. He based the script on Naomi Alderman’s 2006 award-winning novel of the same name.

Unrelenting intensity, respect and dignity characterise the film. The stakes are high and people will be left hurt and disillusioned. Religious strictures clash with raw human emotions. There are no easy answers here.

The pacing is deliberate as we gradually build a picture of the personas and motivations of the three leads and those around them. Khruska lives in a world in which she does and says as she pleases. The others do not. All are hardworking and decent.

There’s a smouldering vigour about Weisz’s portrayal. The sex scenes in the film are explosive without being exploitative. Nivola readily channels his character’s high standing as a man of faith.

Disobedience is a film of rare quality and intellect. It’s designed for an adult audience not looking for lightweight thrills.