Chilean director Sebastian Lelio makes films that deal with strong female characters. His previous film, Gloria, offered a sympathetic and honest portrait of a middle-aged woman looking for love in contemporary Santiago. He handled the material with a sense of compassion and respect. Those same qualities are evident in his fifth feature film, A Fantastic Woman; which is Chile’s official entry for the Best Foreign Language Oscar. This is also arguably a more accessible film in this category than the highly fancied but frustrating The Square. 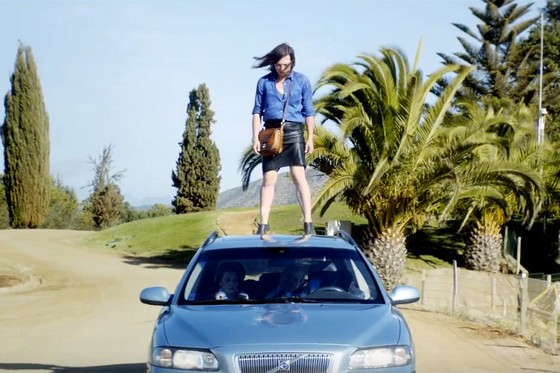 The fantastic woman of the title is Marina (played by newcomer Daniela Vega), who initially seems a graceful, confident young woman. She works as a waitress by day and as a sultry cabaret singer in a seedy nightclub at night. Marina attracts the attention of middle-aged businessman Orlando (Fernando Reyes), who is 20 years her senior. She becomes his mistress. Then one night, Orlando suddenly collapses from an aneurysm and dies. Marina’s world is turned upside-down.

At the hospital Marina finds herself questioned by the doctors and the police, who are curious about her involvement in Orlando’s death. The cops treat her poorly, and further humiliate Marina by forcing her to undress – which reveals she is transgender. The medical staff address her by her birth name. But Orlando’s family treat her even worse, and try to erase any trace of her from his life. They treat her with disdain and contempt, and even forbid her from attending his funeral. But despite her poor treatment, she never backs down in the face of their hostility.

The strong and complex Marina provides the film’s pivot point. Fittingly, Vega dominates the screen from the outset. She brings a wonderful mix of sadness, vulnerability and poise to the role. This is a break-out performance from Vega, and she brings a rare truth to the character’s emotional journey. Lelio initially hired Vega to work as a consultant on the film, but she so impressed that he eventually cast her in the lead role.