Gloria Bell is a deliberately awkward film about the difficulties of making your way in the world. Especially if you’re a divorced middle-aged woman yearning for something more.

Julianne Moore embraces the title role in yet another stellar performance. She finds Gloria’s vulnerability and, conversely, her strength and resilience. 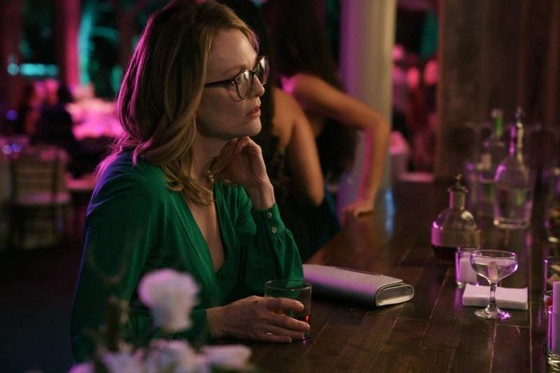 Gloria is a free-spirited divorcée who spends her days at a straitlaced office job and her nights on the dance floor, joyfully letting loose at clubs around Los Angeles. After meeting Arnold (John Turturro) on a night out, she finds herself thrust into an unexpected new romance. It’s filled with both the joys of budding love and the complications of dating, identity and family. Arnold however is uneasy and Turturro’s portrayal of the dweeby character is another movie highlight.

Gloria Bell is the work of Chilean director Sebastián Lelio (A Fantastic Woman). He’s re-imagined his own film Gloria (2013). This is an intense and incisive portrait of a woman. If you’re 50-plus with baggage; this is a film that will speak to you. It’s raw and it’s real. The film explores the ties that bind and those that stifle. It’s also a film about the mundane … and about the moments that mean everything to us.

In the end, we’re left to answer just what our life goal should be – finding a partner who we’ll settle for despite their flaws or being true to ourselves, however lonely that may will be.

I should note the disco-era music that features prominently in the film. It’s so catchy. Loved it. Some of the numbers include: “Never Can Say Goodbye” by Gloria Gaynor; “Boogie Wonderland” from Earth, Wind & Fire; and Olivia Newton-John’s “A Little More Love”. There are many more and they brought back a lot of happy memories.