Pain informed the work of Mexican painter Frida Kahlo (1907 – 1954), who’s best known for her self-portraits. For her, life was always precarious, but it was only after a tragic accident that the idea of becoming an artist crystalised.  The art-house documentary Frida: Viva La Vida gives us rare insight into Kahlo’s tumultuous life, revealing several of her most notable works. 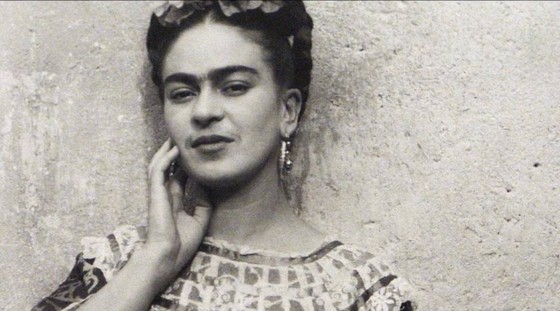 Narrated by Asia Argento, it combines historic footage with some stunning contemporary vision of Mexico, including breathtaking aerials. The director of photography is Valerio Coccoli. The documentary also features a series of lyrical episodes through the lens of a free-spirited young woman who represents Kahlo. We hear from a number of fellow artists and historians as we piece together the hopes, dreams, fears and nightmares of a complex character with a deep-seated love of country.

She fell for fellow painter Diego Rivera, 20 years her senior, marrying him not once, but twice through infidelities on both sides. Prominent among them was an affair Rivera had with Kahlo’s younger sister, while she reportedly bedded Soviet communist Leon Trotsky. After Rivera – who was noted for his large frescoes – was invited to paint murals in the US, Kahlo and he moved there, but it proved an unhappy experience for her. She longed to return to her cherished homeland, which they did a few years later. A great storyteller, Kahlo invested her thoughts, feelings and experiences into her painting, where light and shade were often pictured alongside one another. The day divorce documents reached Kahlo, she finished her largest and most famous painting – The Two Fridas.

But she was known for more than her brush strokes. She became a style icon, who loved Mexican clothes and jewellery. Still, tragedy continued to haunt her throughout her life. Miscarriages and ill health were most significant parts of her journey. I dare say what she was forced to endure – the corsets, crutches and prostheses – would break most. Life may not have been kind to her and yet Frida Kahlo became one of Mexico’s greatest artists.

It’s available on iTunes, YouTube, Microsoft, Google Play and Vimeo from 20 May 2020. To find out more about it and other titles, go to https://www.limelightdistribution.co.nz/watch-now