Birdland is a British play written in 2014 by Simon Stephens. He generally writes from a ‘working class’ perspective (the provincial English city of Stockport is the usual location) and focuses on the struggles of particular ordinary individuals dealing with the social and materialistic difficulties that the ‘progress’ of the world throws at them.

Mr Stephens is a very prolific and critically celebrated writer and his output includes, among many plays: Herons (2001), On the Shore of the Wide World (2005), and The Curious Incident of the Dog in the Night-Time (2012). His work has been seen only in the independent theatres in Sydney (no Sydney Theatre Company interest at all!), and has been championed, mostly, by director Anthony Skuse. 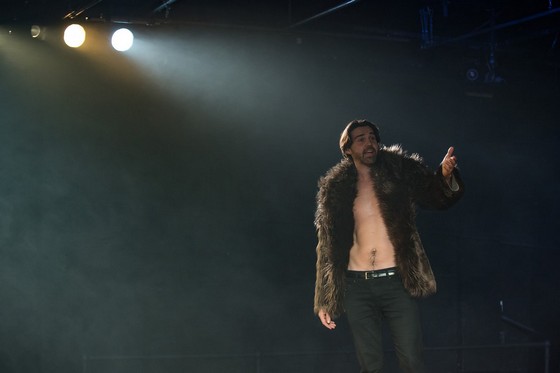 Paul and Johnny are members of a provincial band that has escalated into the realm of super-stardom. We meet both of them towards the end of a long international tour. In Moscow, Berlin, Paris and ultimately in London, enormous crowds (up to 100,000, we are told) have idolised the band. Paul is the rock star and Birdland is part of his story.

When we meet him, we are shown a man of immense wealth and personal power; but who is in a state of a fearsome ennui. He can find no positive stimulus from his advantages. In compensation, he instead wreaks psychological intrigue – bullying – seemingly delighting in the pulling off of the ‘wings’ of anyone that comes within his circle. We witness how absolute power has corrupted absolutely a Faustian-like figure. And like Faust, Paul meets consequences.

In scene after scene we witness excruciating personal cruelty of an alarming intensity. The victims have no defence or power to resist. Whether companion or recent acquaintance, no-one is spared. The horror of this man’s behaviour is that we are aware that Paul recognises his actions but elects to continue. He is not an unwitting individual, he is a self-conscious ‘monster’ of will. This insight into Paul’s internal awareness is what draws the audience into this two-hour, no-interval vortex that resolves like all moral fables do.

The skill of the playwright is the paramount reason to go to the New Theatre.

On a raked set (Anthony Skuse) a team of seven actors – Jack Angwin, Graeme McRae, Charmaine Bingwa, Leilani Loau, Louise Harding, Airlie Dodds and Matthew Cheetham – play a range of characters. Some are cast against age or sex appropriateness – the actors relish the modish opportunities. Charmaine Bingwa is impressive in the solutions she makes for her many responsibilities (particularly, as Paul’s father, Alistair). Airlie Dodds arrests attention in her work as Jenny. 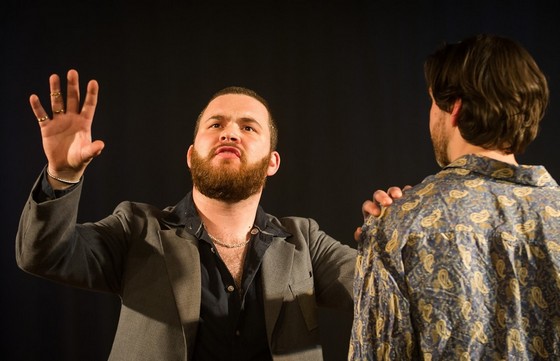 Mr McRae (Paul – a marathon role) and Mr Angwin (Johnny) reveal intellectual insights of the musicians they play. They know the character arc written by Mr Stephens, but do not combust the charismatic presence. Nor do they provide access to the ‘profundity’ of that mysterious manifestation that is star power. You know, what we see in that kind of genius, say in Michael Jackson, Mick Jagger or Janis Joplin. These two rock stars are hardly on the Richter scale of charisma-power. One longs to see the irresistible attraction that is radiated by a figure with the status of Mr Stephens’ Paul.

It’s hard to resist the writing and incisive observations of Mr Stephens. Even in a production that does not always honour the ‘musical score’ of the script, it can still be spellbinding.