Balloon tells the true story of two East German families’ escape to the West a decade before the Wall was torn down. It’s a tense and dramatic film, with moments of melodrama. 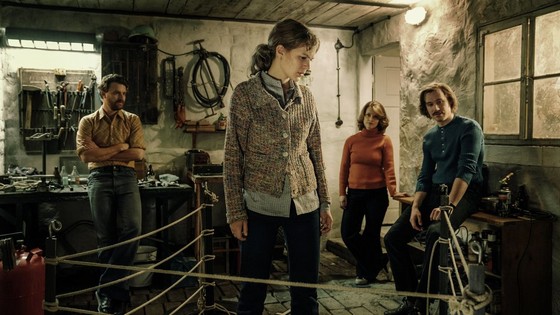 We’re in the summer of 1979. The Strelzyks and Wetzels have been working on an audacious plan for more than two years. They want to flee East Germany in a self-made hot-air balloon, but at the last moment one of the families opts out. Still, the other moves ahead, but their escape doesn’t go according to plan. Worse than that, they leave behind clues as to who they are, which the infamous Stasi immediately pounces on. A full-scale investigation gets underway. On the run, the family won’t let go of their dream and before long the Strelzyks and Wetzels are again united in their endeavours. This time though they are under extreme time pressure as the Stasi closes in.

With a screenplay by Kit Hopkins, Thilo Röscheisen and Michael Bully Herbig, and directed by the latter, Balloon is a gripping thriller. The air of unease and suspicion sits over residents of the East like a thick fog. The way this is played all moves are made surreptitiously, with the risk of being found out or failing all too real. That, of course, keeps the story on a knife edge.

The period detail is exacting, while the score serves to add another layer of intrigue. Overall, the performances are workmanlike and carry enough credibility to ensure we are on the journey with them. I also appreciated the fact that the head of the Stasi conducting the investigation was portrayed as having two sides to his character.

Balloon has undoubted appeal to a general audience that will appreciate a look back at the tension of the times through a personal against-the-odds tale.