The story of the younger years of an ordinary man, August celebrates the beauty of the small things and the purity of experiences that can be had in living a simple life.  A thoughtful novel that seems oddly placed in time, August has much to say about what it is to grow up as a young American male. 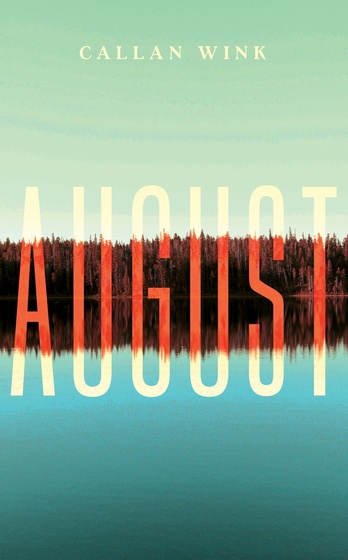 August is the product of a young marriage, a shot gun marriage at that.  The sparkling romantic life that his parents once experienced is long behind them, most cleanly defined by the different dwellings in which the two now live.  August’s father is a dairy farmer, living in the ‘new’ house on the property without August’s mother who has chosen to stay in the ‘old’ house for various excellent reasons.  August’s mother has raised him with benign neglect, unable to forgive August’s father for his literal rolls in the hay with Lisa, a farm hand who is only seven years older than August himself.

Ignoring the stern advice of his educated mother to apply for college after the two have left the farm, August puts all that agricultural knowledge to good use, seeking out a life in the shade of mountains that have always intrigued him.  Returning home from time to time to visit his father becomes increasingly disheartening, yet what anchors August is his lonely life is those phone calls to his parents.

August has a very early misfire that will likely scare away many readers.  If this novel were set in say the era of ‘Of Mice and Men’, the inclusions of animal cruelty may have flown, with perhaps the acceptance that this was how rural people regarded domesticated animals back then. But no, August is set during the time of the second Bush administration (September 11 is referenced, as is online learning).  For those who appreciate trigger warnings, there is also a pack rape depicted in this novel.

The reading of August was an immersive and enjoyable experience but also an exercise in determining intent.  The novel has a pared down honesty in young August, who is just as prepared to forgive others for unspeakable acts as he is prepared to coast over the fact that he has committed these same acts himself.   All the moving parts of a life quietly lived add up to a character who is not yet mature enough to be fully self aware, and appears to accept that his life has some kind of a pre-set with his inaction. There is no grandiose character arc for August, but we do witness his struggles against the ‘angry young man’ stereotype.  August accepts that not everyone needs to go large in life yet does not question that his forgiveness of himself or others is a rare trait.  That cognitive dissonance is evident throughout the entire book.

It’s a difficult to say of such a conflicted character of August that you will miss his voice, so perhaps it easier to say that this novel was a reminder to the formulative years before the American present (not President).

On conclusion the wish is to read more by Callan Wink. A beautifully descriptive work of Americana, August depicts all the trappings of developing masculinity in a time where young men were perhaps becoming more aware of what was coming for them. It’s all here, and yet August is not an endless litany of repression and misplaced hatred.  Having little to say but making what you say count is a quality not highly enough regarded.

Callan Wink lives in Livingston Montana, where he is a fly-fishing guide on the Yellowstone River.  August is published by Allen and Unwin.  August is the author’s second novel.