What more effective tool of terror is there than your own high school reunion looming on the horizon to make you take a long hard look at how far you’ve come – or not?  Who We Were drags the past of a group of thirty somethings back into the present as the prospect of being again in the same room with school friends largely forgotten stirs up anew old resentments from over twenty years ago. 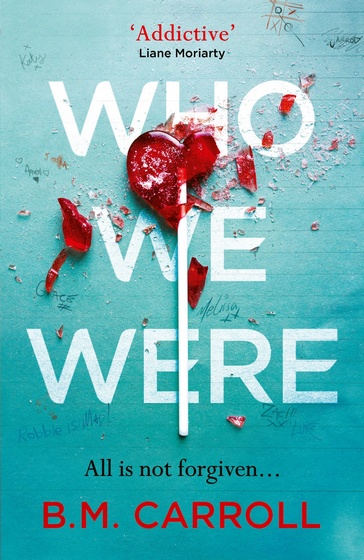 Gifting herself with the excruciating task of organizing her high school reunion, Katy begins to corral her graduating class into updating their year book biographies. Every leaver received one, and in the usual fashion of people who likely peaked at high school, some of the graduates even kept theirs.  Creating an email group to keep in touch with the classmates that weren’t the kindest to her seems to be the best way to communicate, and Katy can’t wait to show all those that cast her aside just how well life has treated her since their angst filled final years of childhood.

The viper in the nest, the pretty Annabel who got the guy everyone wanted and his baby soon after, is having a hard time of it these days. Three kids later, her drug addicted middle child Daniel is causing her no end of grief and life as a house drone isn’t really how she imagined her life would go.

Robbie hated all the popular kids in his final year of high school and is the one most likely, everyone believes, to be behind a series of spoof high school biographies being delivered to the group.  When the group suspect that someone has ben entering their homes to leave the hurtful notes, and Annabel’s family are targeted for attack, it seems certain that someone from their shared past has a serious axe to grind.

Who We Were presents a cast of characters that featured in the line up of every group of year twelve students.   There are those that were popular, those who started in on relationships they weren’t mature enough to handle, those who were bullied, and plenty of cases of arrested development. There’s a lot of balls up in the air in this novel, soap opera style, with the viewpoint constantly switching between the classmates so we can see how far they have or haven’t evolved from the fresh and sparkly teenage versions of themselves.  Seven viewpoints is a lot, so its fortunate that Who We Were is written in a very easy to digest gossipy style that makes it simple to keep track of everyone’s connections.

What is always a bit curious about school grudge novels is that the perpetrators, those wronged or subjected to the viciousness that is the bullying of their school peers, always leave it so long to start seeking their revenge.  With a Scooby Doo style wrap up, Who We Were assembles all those concerned and begins to dish out the punishments deemed so long deserved.

Satisfying comeuppances are always a good enough reason to stick around, and Who We Were is breezily written, inviting the conjecture of its readers throughout.  We were either once these people, or we knew someone just like them.

Who We Were is the eighth novel for Irish Australian author B.M. Carroll and published by Allen & Unwin.