Only in cinemas from 6 September 2018 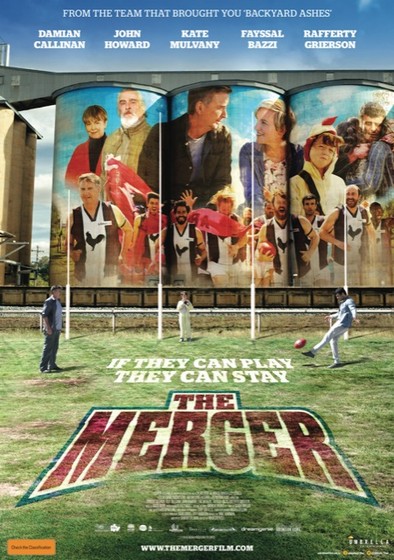 A former star footballer returns to his home town, but finds his political views aren’t welcome. When he is persuaded to take over coaching the struggling local footy team, his idea to recruit refugees to make up the numbers takes the community on a journey of change.

The director of The Merger, Mark Grentell, and its star Damian Callinan collaborated on which 2013 Australian movie, which also had a sporting theme?