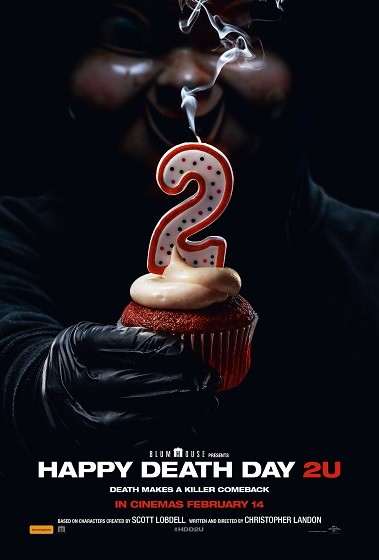 Jessica Rothe leads the returning cast of Happy Death Day 2U, the follow-up to Blumhouse’s (Split, Get Out, The Purge series) surprise 2017 smash hit of riveting, repeating twists and comic turns. This time, our hero Tree (Rothe) discovers that dying over and over was surprisingly easier than the dangers that lie ahead.

Jessica Rothe of course headlines Happy Death Day 2U. Before her breakout role in Happy Death Day, she had a small role in which multi-Oscar-nominated 2016 film starring Ryan Gosling and Emma Stone?